I spent six hours helping Mom cook and clean and babysit Blake while Chelsea was at work.

Then I passed out for about an hour because I was in such pain.

Then I got up and we ate and took pictures.

And then I went to church for the first time in 5 years with Mom.  It was surprisingly way less awkward than I expected it to be.  It was good.  I needed to go.

Mood wise, today was fair.  Mom was hot and tired, I was in pain, and Chelsea was her usual self and tried her hardest to ruin everything.  Surprise surprise.

The food was fantastic, as usual, though.  Mom worked her butt off, and that was the first time I've ever been her assistant in a big meal like this.  Usually Holly is, but she and Michael overslept so they didn't get here till about an hour before dinner.

Tomorrow's going to be way better.  We're all going over to Uncle Kirk's house for our annual breakfast-for-lunch, and then I get to see Matt because I still haven't seen him.  All the big pictures will come tomorrow, but I'll go ahead and show you some of the pics Michael took of the family tonight. 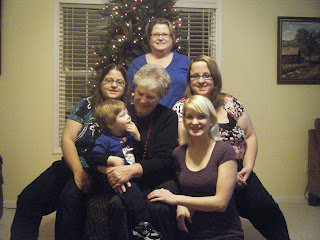 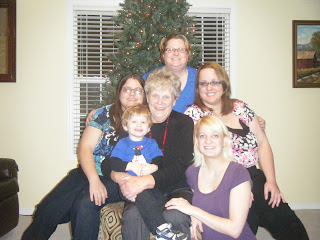 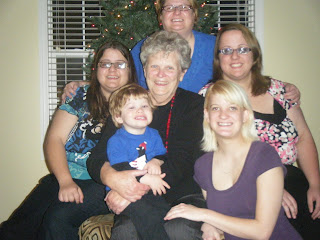 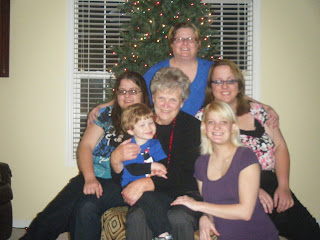 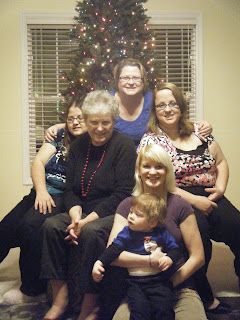 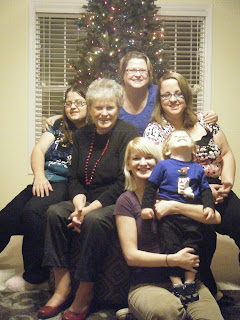 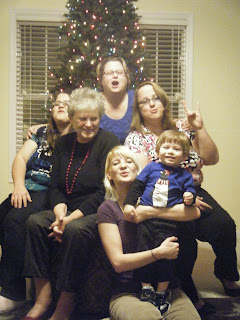 And these were the best ones.  Haha!  I'm a big fan of the last one - we're doing the Wolfpack howl.  In the second to last one, Blake was howling. :D

Now, Mom's complaining I'm being unsociable, so I am off.

Merry Christmas to all, and to all a good night!