I've come to realize something.

I've been doing a much better job lately at learning how to direct my emotions into something productive.

I feel things very intensely. I always have, and I probably always will. That's just a part of who I am.

But I'm learning how to take those strong, intense emotions and pour them into positive things instead of wasting my mental and emotional energy on negative things that I can't change. It's like I have a Siri, finding an alternative path when she realizes I'm about to drive into a lake. I'm just rerouting my emotions instead of a car.

For example, instead of being caught up feeling devastated or furious about having another friend abandon me over a mistake I made, a friend I never could have predicted I'd be okay with losing, I'm making the choice to focus my love and my heart on the friends who have stuck by me, the ones who have a grasp on what forgiveness means. Really, ever since I started making friends at Campbell, anytime I lost someone, I would get so caught up in that that I would lose sight of the incredible people I still had. That was a disservice to them and, frankly, horribly destructive to my mental health.

I don't get it right all the time. It's definitely a learning process I'm still very much deep in the middle of, but it's a huge improvement over how I have been for a long time. I have so much going on right now that I've accepted that I don't have the capacity to waste brain power, mental strength, or heart on negativity and people and things that ultimately just add more stress to my life.

I guess this is what self-care feels like, huh?

Labels: me, One Word

A lot of soccer this weekend. And a lot of driving.

And a LOT of time with my grandmother.

And they're playing at William & Mary in Virginia on Sunday. That's probably going to be 9 hours round trip. And Mom's not planning on going to this game either.

Which means I have ALL that time in the car with my grandmother by myself listening to her bitch about every. little. thing for a total of four hours of soccer and maybe one hour total of actually seeing Brianna play.

And I don't have a phone battery that lasts me long enough for either of these trips, or a portable phone charger.

The upside, though, is that the Campbell boys are also playing today and Sunday, and I can stream their games in the car on the way home on my grandma's tablet.

I hope I at least get some good sleep tonight and tomorrow, because I slept like crap last night, and I know that definitely didn't help matters. 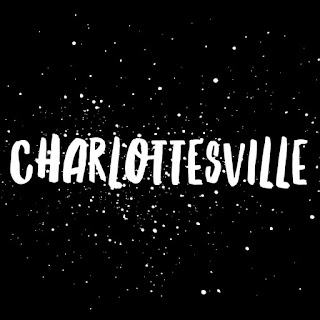 Neo-Nazis use a symbol of Polynesian culture in their storm through a college campus. A black cop stays calm and protects men throwing Nazi salutes and wearing KKK hoods. People trying to stand up against racism are literally mowed down by a coward with a car. These are all sights you'll see this weekend in Charlottesville. And it's a heartbreaking reminder that evil is alive and well.
To all Muslims, Buddhists, Jews, Hindus, agnostics, atheists, and every other non-Christian, please hear me: THIS. ISN'T. JESUS. This is not what he stood for. This is not what he preached. This is not what he would be doing if he were around today. These are bitter, angry white men scared at the idea of people not like them getting a seat at the table. There is still a HUGE number of Christians who believe in freedom of religion the way the Constitution intends it. I know it may not feel that way, but I promise you, it's true. And we won't give up the fight.

To all POC: You are seen. You are valued. You are loved. These may be the loudest voices right now, but they're wrong. These are bitter, angry white men scared at the idea of minorities no longer staying silent and taking away their privilege of the final say. They may be louder for now, but it won't stay that way, no matter what terror like this makes us think. I don't have the answers, all I can say is please know that so many of us are on your side. You are never alone.

To white people, especially Christians: STAND UP. SPEAK UP. DON'T SHUT UP FOR A SECOND AS LONG AS BIGOT RALLIES ARE HAPPENING. We may not be able to end bigotry and hate, but we can send it back to the fringes of society where it belongs.

We've got a lot of work to do. The longer we hide behind "not all white people" "not all Christians" "not all Republicans" to avoid taking blame, the longer we allow this to spread like the disease it is. It's on ALL of us.

All of my thoughts will be under the poster to respect you poor, unfortunate souls who haven’t had the pleasure honor of seeing this movie yet. 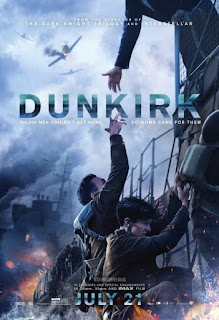 Okay, seriously, if this movie is not the Hamilton of the Oscars, and by that I mean if it does not get nominated for all the awards and win every single damn award it is nominated for, then I will personally start a revolt against the Academy. Because HOLY HELL. THIS MOVIE IS PERFECTION. Easily the movie of the year. Christopher Nolan did it again.
I don’t really cry at movies or television, but that part where Alex told Peter George was dead, then Peter still told Cillian’s character that George was going to be okay, and the look he gave his father afterward, because he knew it was the right thing to do not to traumatize him any more than he already was, that was the part that got me closest to crying.
Speaking of George, I want to take Barry Keoghan and Aneurin Barnard and wrap them up in blankets and keep them safe and warm forever. It was nice to see Alex’s humanity come out and try to save Gibson just what seemed like seconds after trying to throw him off the ship.
Watching Harry Styles nearly drown three times in the span of an hour and forty-five minutes is not good for my blood pressure. Or sanity.
Hans Zimmer is a genius, and also really, really cruel. I think I’m going to be hearing that ticking clock in my sleep.
How can Tom Hardy possibly do so much with just his eyes??? I want to meet him just so I can ask him that. It’s ridiculous. He spent the vast majority of the movie with the pilot’s mask over his face, yet I felt more attached to him than almost any other character. That final look when he takes his mask off in front of his burning plane and you can see Germans behind him, AGH! SO GOOD!
I didn’t get to see it in IMAX, because we don’t have an IMAX theater nearby, but the cinematography was so phenomenal, I still felt like I was there. I remember noticeably jumping several times.
The chemistry between Kenneth Branagh and James D’Arcy was great. They made me smile, even in the middle of all the tension. They and Mark Rylance were the perfect balancing forces leading the chaos.
I actually audibly laughed when Peter pulled Collins in from the water and Collins just said, “Afternoon,” with a tone of like Hey mate, how’s it going? Nice day out, isn't it?
Harry was so good, and I mean that from a purely cinematic perspective, not because I love him. I forgot that I was watching Harry. I can’t believe that for someone jumping into their first major acting role, with such a recognizable face, he was able to immerse himself so easily. Maybe it was at least partially because who Alex is is so different from who Harry is, but even though I knew it was him, I forgot it was him because I was so enthralled by the action of the movie, particularly during the scene in the grounded boat with the group. You could tell that Alex was really only an asshole because, as Harry said in interviews, he was as scared and desperate to get home as anyone, but he genuinely scared me a few times.
All in all, 10 out of 10. I’d go see it again, but my grandma was so pissed at the movie theater upping their prices, there’s no way that will happen. Ah well, once is far better than none at all.
Run, do not walk, RUN to see this movie as soon as you possibly can.

Posted by Mallory at 8:27 AM No comments: