For however long this lasts. 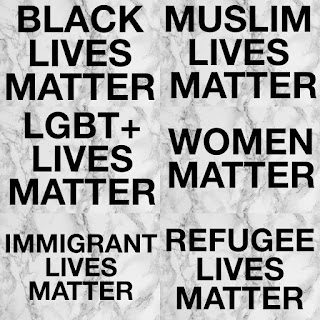 I won't stop, because this man is now in the Oval Office and we're all in danger. I don't care who is in his Cabinet or in Congress, I will fight for justice and equality for ALL. There are more of us than there are of them, and it's more important now that we protect each other than it's been in a long time. We need each other. The only thing that will overpower the hate the Trump administration represents is loving people. Love people harder and stronger and louder than they hate, and we'll win. Let's get to work.

No, I'm not watching the Inauguration tomorrow.

Anybody who knows me knows that I am an extremely passionate person, especially when it comes to politics. I have very strong opinions, and I will discuss and debate anything with anyone, no matter how much or how little we agree on. I've followed American national politics, and particularly presidential elections, since I was 8 years old and George W. Bush was elected; once I watched that election night, I never stopped. And I don't regret it for a second. I love this country, I love politics, and I love what I do. (If I didn't, I wouldn't have racked up so many student loans to get my Master's!)

But no. I'm not watching the Inauguration tomorrow, and I don't really care if you agree with that choice or not. I've long accepted the fact that in less than 19 hours, Trump will be our president, but after everything that has happened in the past year and a half, even more so in the two months since the election, I can't sit back and celebrate giving the nation's highest office to a man who has shown so little regard not just for so many different groups of American citizens, but for US democracy and government as a whole.

I can't honor a man who has shown greater respect for Russia's dictator than for the CIA.

I can't esteem a man who accused a Congressman known for being a civil rights activist who got his skull fractured by police in Selma of being "all talk and no action."

I can't rejoice over the new presidency of a man who has hidden so much from the people he is meant to serve.

I can't be excited about the start of the term of a man who lies even when proof is on tape and then lies about having lied, about everything from small, personal things to huge, nation-changing problems.

Some may say that we should give the new president the benefit of the doubt, that we should give him a chance, but Trump hasn't earned that. Trump blew his opportunity for a second chance from me when he sided with and praised Putin over the US, and then compared the CIA to Nazi Germany.

When his supporters immediately started harassing and assaulting people and vandalizing property after the election because he had glorified racism, hatred, and violence.

When he insisted he never mocked a disabled reporter even though every news outlet in existence his video proof.

When he picked a guy deemed by the Senate too racist to be a judge as Attorney General, the President of Goldman Sachs - a company he criticized for hurting the working class - to run the White House National Economic Council, a guy against raising the minimum wage to a livable standard to run the Department of Labor, and the CEO of ExxonMobil with a $500 billion deal in Russia to be Secretary of State.

He, along with the help of his chief sycophants, Paul Ryan and Mitch McConnell, are creating a plan to systematically dismantle the protections Obama's administration created for me and people that I love. I will lose my health insurance if the ACA repeal is immediate, which could actually kill me. Holly will lose her access to care when they attack Planned Parenthood. My LGBT+ friends are on the verge of being reduced to second-class citizens again. My friends who are teachers are risking having their whole lives upended because Trump's Education Secretary doesn't support public education.

This isn't about my party losing. This isn't me being a "snowflake" (as one obnoxious, racist commentator likes to say). This is real life that people who support and voted for Trump don't seem to get, that Trump and the GOP don't seem to care about, and the fact is that I'm not going to sit and waste my time watching as the country celebrates a man who proved long before his Inauguration that his loyalty does not lie with this country. It lies with himself.

My love for this country has nothing to do with the person in the Oval Office, anyway. Actually, it might even be stronger now that Obama is leaving and we are being faced with a man who gladly terrifies so many people. My love for this country is rooted in the people I know. In their lives, their stories, their families. In the goodness I've seen from strangers in the midst of danger or intense evil. In the glimmers of hope we can see when this country actually unites after a tragedy. It stands in the hope that though this feels like a setback, that after Trump is out of the White House, this country will be able to put itself back on a moral path that I can't possibly expect to see with Trump. My love for this country is what has kept me from giving up since November 8th, and it's what will keep me fighting for love and justice for all for however many years we have to deal with Trump as president.

Do I love my country? You bet I do.

Am I going to keep praying for my leaders? Now more than ever.

Am I going to celebrate and watch as an unqualified, vindictive, terrifyingly hateful man who has lied his way to the top of the government takes over? Not a chance.

Posted by Mallory at 8:14 PM No comments:

Coming up with my "One Word" choices has, surprisingly, never been difficult for me. I say "surprisingly" because you would think deciding on one word would be difficult for someone as indecisive as me. But year after year, the word just pops in my head before the end of the year and I instinctively know that's what it needs to be. Thanks, God.

This year was no different. When looking back on 2016, I realized that I hadn't been taking good care of myself. I'd been going through the motions, working day by day with a constant running to-do list in my head, thinking more about what had to be done instead of how to make sure I was strong enough to get everything done well. In hindsight, it's no wonder I was so exhausted. So when this year's word came to my mind, it made perfect sense.

Beyond that, though, one recurring theme of my therapy sessions, especially in the past couple of months, is how I am absolutely terrible at putting myself or any of my needs before those of the people around me. I'm not saying I want to become this selfish, inconsiderate person in 2017, but I'm realizing that part of taking care of myself is learning when my wellbeing needs to be more of a priority than my desire to take care of everyone else around me. Too often I catch myself feeling worn down because what I need and want has been overshadowed by what I've convinced myself I have to do for someone else. Being selfless is a good thing, but not when it comes at the expense of your own mental and emotional health. I need to find a balance between taking care of everyone else, like is my nature, and taking care of myself, too.

So then, I started thinking about the ways in which I wanted to take better care of myself, and the more I thought about it, the more it came down to two separate areas: emotional/spiritual health, and physical health.

I mentioned the former in my Year in Review post. One of my major goals of this year is to teach myself the discipline of daily Bible reading. I have been a fraud in that area, to be honest, and I realized that it's because the Bible just overwhelms me. But I have the Seamless study from Angie Smith that I'm going to start with, and try my very best to get into a pattern of truly seeking the Lord and growing in my relationship with Him. I know that that is the best healing that I can possibly find. I remember the first time that I had lunch with Reafe. We were talking about the bullying I had experienced in the past and he straight out said to me, "Are you close to God? Because if you're close to God, if you read the Bible, what everyone else says won't matter. You won't care." Well, it's taken me three years, so I'd say it's long past time I do something about it.

Second is my physical health. The past couple months, I've been getting better about portion control, so I've slowly been losing weight, which has been encouraging. (I think it may also be related to the fact that I've been taken off a couple of my medications.) But because my seizures were such a mess while I was still in New York and it was too physically difficult and dangerous there, and I've been so exhausted and slightly depressed since I got back to NC, I haven't been attempting any exercise. That's going to change, too. I'm just going to walk around my neighborhood, something simple but still exercise, free, that will get me in fresh air. And I also cut out soda as of yesterday. I'd been drinking a lot of ginger ale in New York and Coke since I got back to NC; no more. I'm not going to set up goals of "I want to lose x pounds by the end of the year" because I'm such a perfectionist that I'll feel really defeated if it doesn't happen at the rate necessary to reach that goal. I'm just going to start with these goals and see where that leads. 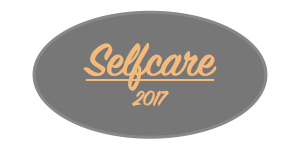 No exciting words to share. Just ready for another year.