Please, please, try to contain your jealousy. We can't all live the exciting life that I do.

All jokes aside, I am indeed having both of my feet operated on again.

The left foot will be done March 17th, provided I get cleared next week (which I don't see why I won't).

That should be a pretty simple surgery, as my surgeon (the same guy who did the original surgeries back in 2010) is just removing the steel he put in there during the first surgery. The steel is pushing up off the bone where it's supposed to be into the top of my foot, so I constantly have a bruise there, and will often get this stabbing pain where it feels like someone is trying to cut the steel in half. The pain is making me instinctively walk on the outside of my foot to try to relieve the pressure, which just adds to the pain.

The right foot surgery is going to be much more complicated as he will be re-breaking the joint where my foot meets my big toe, lengthening that tendon so my toe lays flat down (the tendon is currently very contracted so my toe almost always is pulled way back), and then fusing it in place so it doesn't move at all. He was originally just going to lengthen the tendon, but because of my nerve damage, if he only did that, there is a good chance the tendon would start contracting again, and I'd be right back in the same position I'm in now. It's putting way too much pressure on the ball of my foot and causing massive amounts of pain; I'd really prefer not to go through this again, even if it means having a permanently immobile toe.

So yeah. The next few months are going to be LOADS OF FUN.

I'll be real, y'all. I know I need these surgeries, and I am looking forward to the help they are going to give me, but I'm so tired of this. It's only been six months since my last surgery, just shy of seven by the time this next one comes. This will be 27 surgeries before my 25th birthday. That is not fair by any means of the imagination. And I know that life isn't meant to be fair, but I feel like I live my life in this constant cycle of finding new problems and having to figure out how to fix them just when I think my life is getting back to normal, and I'M TIRED.

And on top of that, you say the word surgery, and all I can think about is going into cardiac arrest last summer, so even though I usually don't experience any anxiety about a surgery until the night before or even day of, it's still two and a half weeks out and I'm already a ball of nerves.

I'll be okay. Right now, I'm just tired and frustrated and nervous. I'll figure out how to deal with it, though. I always do.

That's pretty much the story of my life, it seems.

I'm getting the message. It's totally clear. I really gotta get out of here.

Last night, my mother told me she still sees me as a kid, not an adult.

Like, she insisted I'm still a kid. Straight to my face. When I'm 24 years old.

I've often felt like she treats me and talks to me like I'm still a teenager, but this is the first time she's ever actually confirmed it. And then she had the nerve to get annoyed when she realized I was angry about it.

She either doesn't understand or doesn't care why what she said is disrespectful and hurtful, so she's yet to apologize to me, so I've stayed in my room the entire day and completely ignored her because I'm not going to pretend that she can say crap like that to me and then just expect me not to be hurt by it. I've taken care of her day in and day out for the past six months, and she thinks I'm not supposed to be hurt when she tells me she doesn't see me as an adult.

But you know, if there's one good thing about this, it's made me realize just how long I've spent seeking validation from her and just how utterly stupid that is. I was hiding rejection letters I'd gotten from her because I was so worried about her being disappointed in me, and now I'm like, so what? Her opinion doesn't change anything. I don't owe her success. I don't owe her an update on everything I do. I don't owe her explanations. I don't owe her the right to lecture me about how I could be "better," especially considering the state of my sisters' lives. My worth has zero reliance on what she thinks or feels (or anyone else, for that matter).

I've spent my entire life fighting through things no one should have to, proving friends, enemies, neighbors, teachers, schoolmates, doctors, family, and even myself wrong. I'm not going to sit back and let anyone, especially my mother, tell me that that doesn't make a difference, tell me who I am.

I've got God for that, thanks.

Sometimes you just need to hear the words.

Most of yesterday sucked.

I got another PhD rejection letter which, so far, brings the total to 4 rejections and 0 acceptances, which, you know, is just fantastic for a girl's self-esteem.

I wasn't in a good mood because, well, Valentine's Day. And I was in pain.

So it just felt like everything was gonna go wrong.

And then I decided to do something that would make me feel good but also make other people feel good, too, so I sent video messages to three of my favorite guys. That alone made my mood perk up a good bit, but then I got a response from one of them that honestly turned my whole day around.

There's something about hearing the words, "You know I love you. I always do. I always will," that just brings such peace to my soul sometimes. Don't get me wrong, I'm always very much a words of affirmation person, but there are certain times more than others where hearing the words really calms me down, and yesterday was one of those times. It's really hard for me to be so far away from everyone that I love, and because Mom's so sick, my relationship with her has been tense and stressful and distant, so I've really felt like I have no one. But getting the message I did from my brother, it came at exactly the right time to remind me that even though there's no one physically near me, I am not alone. I am so crazy loved.

So for the rest of the day (and let's be honest, a good portion of today), I've replayed that video as many times as I need or want just to make myself smile and remind myself of the truth, of how lucky I am to have this love in my life.

Because there's nothing wrong with just needing to hear the words.

(And then Matt came over for a few minutes last night, so I really got a special treat on top of my day turning around.)

Posted by Mallory at 7:22 PM No comments:

Labels: me, my soccer boys

We can be heroes. 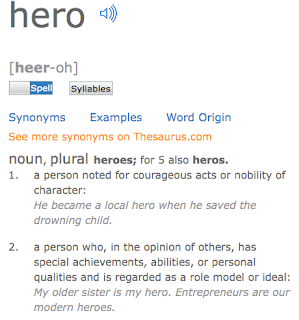 I just finished binge watching CSI: Miami yesterday, because now that my applications are basically done and my feet are in such bad shape that I don't walk much, that's what my life has resorted to. I loved the show (because I love pretty much all crime shows) (also, hello, Adam Rodriguez!), but there's one scene from one of the last episodes that has stuck in my head. In it, Calleigh, one of the CSIs, explains to the son of the episode's victim exactly why his dad was a hero. And it hit me hard because that's a conversation that I've sat through more than once.

I've been called a hero before, by multiple people. It never made sense to me when they said it, it sort of made sense after they explained why they said it, but in general, I don't really get it. I will be the first one to tell you that I am not any more special than anyone else. I just happen to have a really weird life story and be absurdly stubborn.  That stubbornness in the midst of my really weird life appears to others as courage, even though I'm terrified more often than not. But people think I'm courageous, and that's something to admire, I guess, so the fact that I haven't given up in the middle of...all of this...makes people take notice.

Calling me a hero, though? No, still don't understand it. I'm just trying to survive, same as everyone else. My sheer will to survive doesn't feel like it's me having "special achievements, abilities, or personal qualities" or a reason for me to be a role model. I just don't know how to be any different. And this blog post isn't me trying to pull out some false humility to get sympathy or compliments or whatever; that scene with Calleigh and that kid reminded me of the times that people have said that to me and it's been hard for me to hear and process just like it was for that kid. (All this about a TV show. Ha.)

I think, in the end, we're all looking for someone we can call our hero. Aside from, you know, complete narcissists, we know that we can be better and look for people we can view as an ideal version of a person. We're a mix of constantly questioning whether we're good enough and constantly seeking self-improvement, and we need to find these people to look up to in order to believe that being better is actually possible. For me, my hero and role models give me hope that when the world seems to all be going to hell, there are still good, admirable people out there.

And if I can be that hope for someone else, then I'm good with being called a hero. Even if it doesn't always make sense to me.