Boxed in no longer.

It's past midnight and I still have to pack before I can go to bed, but I have to talk about tonight because something simple really happened but it was just beautiful and reminded me of questions I was asking a couple of my friends a few days ago.

So first off, I'm going back to the neurologist on Monday afternoon.  They asked to see me in person (since up until now we've been doing everything by phone), and since my Spring Break is next week, my grandma agreed to take me up there.  Monday afternoon was the only appointment they had open on this short of notice.

Second, obviously, anytime I go to Raleigh, I try and see Matt if it's possible because we only get to see each other a handful of times a year now, and it sucks and I miss him but that's life and we're growing up.  So I texted him to see what time he'd have to be at work, and turns out he actually won't even be in town that day.

And for some reason, this set me off.  I got...snappy with him, and Matt, in typical Matt fashion, didn't get angry, and instead was just sort of like, "What the heck?"  Because it's totally not his fault he already had plans.  And then I called him to tell him I wasn't trying to pick a fight with him (because I really wasn't, I had no idea why I reacted like that), and he started talking and told me he wasn't mad and then I started talking explaining what was up and why I freaked out for a second...

And then I lost it.  Completely and utterly lost it.  I started bawling before I made it through two sentences.  I sobbed my way through telling him the latest update on my pain and the fact that doctors just don't know what to do, and how scared and tired and frustrated I am and so many other things I'm feeling.

Then the realization hit me.  This was the first time I'd cried since before the IV therapy started, when my doctor said "This is basically our last resort."  I used to be the girl that cried over just about everything, but as I've gotten older, I've cried less and less often.  I tried so hard to convince myself I was okay with what was going on by sheer willpower that I ended up taking all the emotions I was feeling, shoving them in a little box and putting them in the corner while saying "I'll deal with you later."

Except I never dealt with them.  The treatment didn't work, but I was determined not to let that get me down.  I heard my mom more depressed than ever, and I wanted to be strong for her.  I had so many concerned friends checking on me that I felt the love of the Lord touch me in real, almost tangible ways that I distracted myself from everything that was going on inside of me.  I wanted so desperately to focus on all the blessings that were right in front of me, that I convinced myself being sad or scared or not okay with what was happening would be wrong.

A few days ago, I asked Caitie if it was "okay" to feel the things I was feeling, things that screamed pretty much the exact opposite of "trusting in God".  I asked her if it was okay that I was sad about what is going and she replied, "Absolutely.  Jesus wept."

John 11:35.  The shortest verse in the Bible.  Jesus had tears.  He understood God's plan perfectly, yet he still wept.  John 11:35 says "Jesus wept" at the news of Lazarus's death.  He cried out to God while he was being crucified.  If it's okay for Jesus to cry, and God sees me as His child and Jesus as both perfect and equal, then it must be okay for me to cry, too, right?

My tears do not change the fact that, down to my core, I trust that God is taking care of this story and that I am not alone.  My tears just mean that I am human, that I have emotions and reactions because I can't understand everything from my minimal, self-centered perspective. I trust Him.  But I needed to release this.  I needed to let these emotions out of the neat little box I'd crammed them into for far too long.

And because I did, I feel free.  (This is my One Word in action, people.)

And can I just say this:  Matt is wonderful, my best friend and big brother and a person I can't imagine going through this life without because even though we are so different, we've been through so much together that we understand each other like no one else can.  But I especially love that God used Matt, a non-believer, to be such a shining example of unconditional love, grace, and forgiveness in my life.  I love that He used a conversation with Matt to get me to break down tonight.

Also, to end tonight on a lighter note, this is the quote of the night, from my hour and 15 minute conversation with my crazy best friend..
Me: "You are so bizarre, but it's okay, because I'm my own special kind of bizarre."
Matt: "Everybody has their own special kind of bizarre.  We just happen to have a little bit more than everyone else."
Yep.  That about sums it up.  My best friend, ladies and gentlemen. 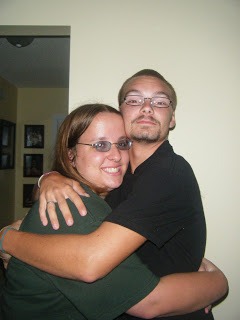 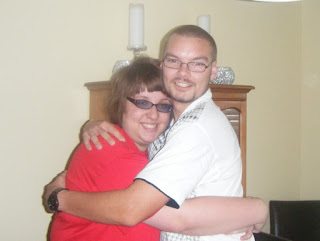 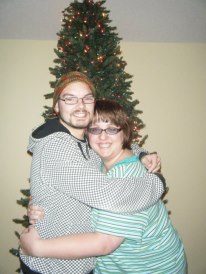 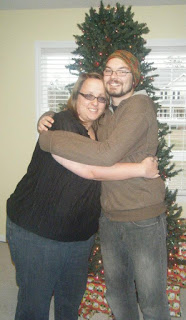 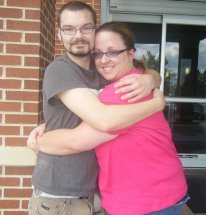 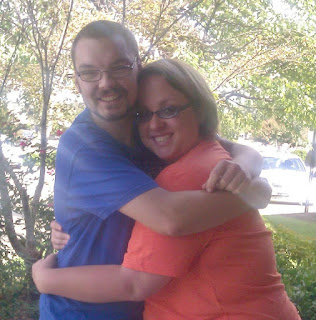 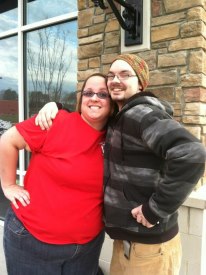 "Have courage for the great sorrows of life and patience for the small ones.  And when you have finished your daily task, go to sleep in peace.  God is awake." ~ Victor Hugo