The day I met Bob Etheridge.

As in Bob Etheridge, the 7-term former US Congressman and one of the most distinguished Campbell graduates EVER.

The cookout was...epic.  Thank the Lord Burkot is connected to two other dorms, so there's a giant covered porch in front where we could have the cookout because it was pouring rain.  Chris and Jordan's roommate, John, grilled all the food under a tent in the rain.  Nice guy, huh?
11
The local Democratic party showed up.  All the local candidates who were at Street Fair last week, and we had a surprising number of students come considering the weather.  Thankfully, the rumored harassment from the College Republicans didn't happen (yeah, I know), but we had Campus Security there just in case so they got some free food.

I still can't believe I met Bob Etheridge.  I got a picture with him and immediately texted it to Mom because she LOVES him. 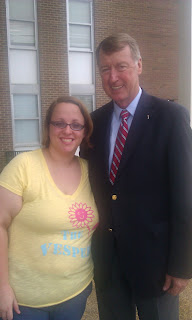 This would be Mr. Etheridge. Mom FLIPPED when I sent her this. 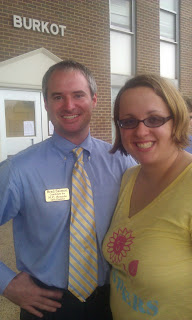 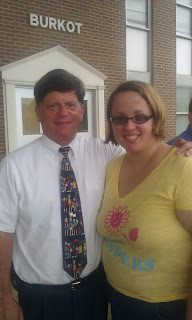 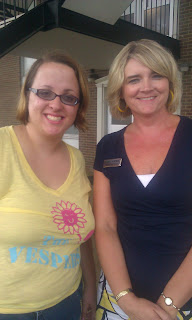 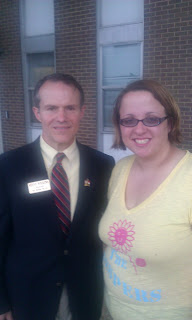 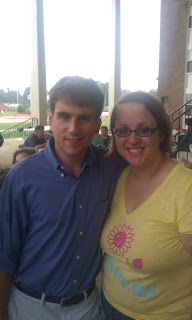 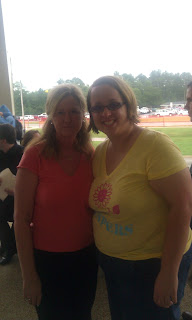 Teresa Sloan-Oudeh (the chair of the Harnett County Democratic Party) 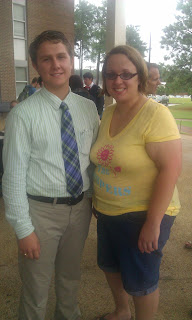 me and Deagan, just a freshman who joined the club and has become Louis' protégé pretty much 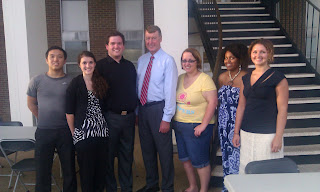 the officers with Congressman Etheridge