Focus on the good stuff.

I've had another one of those up-and-down days, but I don't really want to think anymore about the bad stuff because it does absolutely no good since I've been thinking about it for weeks.  So instead, I'm going to talk about all of the awesome stuff that's going on for me right now.

1.  I return to Campbell in seven days.  Enough said.

2.  On the 27th, Morgan and I are going to see The Vespers in Raleigh.  A girls night with one of my favorite friends and a chance to see my favorite band/some other dear friends whom I haven't seen since I was in Nashville at the beginning of April?  I couldn't really ask for anything else.

3.  From August 30th to September 2nd, I will almost definitely be in Charlotte with Louis and the Executive Board of the Campbell Democrats for the College Democrats of America Convention.  I say "almost definitely" because we're still waiting on confirmation that the History/Political Science/Criminal Justice department at Campbell is going to provide funding.  I had a possible schedule conflict, but that got cleared up today. Which leads me to number four...

4.  On September 8th and 9th, I get to spend the whole weekend with Paddy!  Originally, I was going to see him the weekend before because I could take him home to see Mom for Labor Day, but she's having a yard sale and doesn't want him to be bored, plus I really wanted to go to the CDA convention, so he got on Skype today and we figured it all out.  He says he's reserved that whole weekend for me because I'm his little sister so I'm special.  (Side note: I find that kind of hilarious because he's not even 10 months older than me and I'm so not little. But it's sweet and so Paddy.)

Also, Holly and Michael are getting in late tonight, and they're not leaving until Tuesday night, which is cool, but it's not got me all giddy like the rest of this stuff. :D

Today's been a very good lesson in self-restraint.  It's taken every ounce of control I have not to call up those 3 people I mentioned Friday and tell them exactly what they did to me.  But I haven't, because I know they wouldn't care if I did.  So I've been trying to repeat this sort of cheesy but really true quote so I don't forget it: "It will all be okay in the end. If it's not okay, it's not the end."  I have way too much going for me right now to give up.

Also, this is true, too. 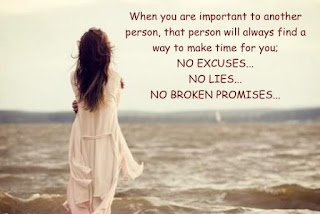 Oh, look, I talked about the bad stuff again, anyway.  Oh well.  It is what it is.  This blog is my journal, and it gets whatever is on my mind.