We started off Sunday by going to the only museum I really cared about going to. 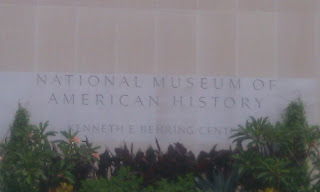 Anyone who knows me knows this isn't a surprise. :) 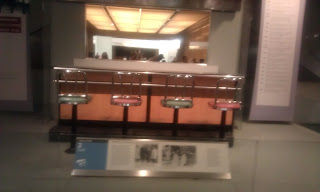 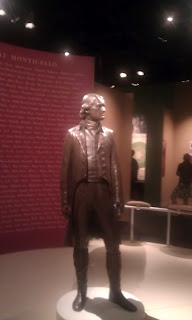 a cool statue of Jefferson...with the names of the 600 slaves he owned on the wall behind him 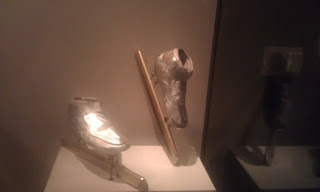 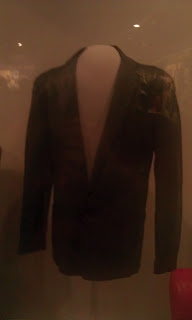 Bob Dylan's jacket...you can thank my mother's musical influence for my even knowing who Bob Dylan was, let alone caring about seeing his jacket 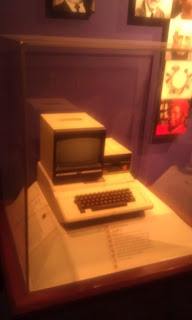 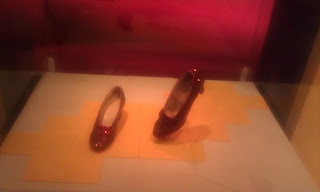 Dorothy's ruby red slippers from The Wizard of Oz 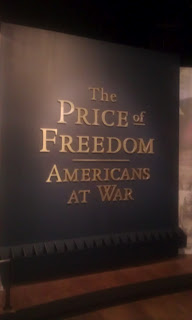 I was really excited about this exhibit. Total history nerd, I know. 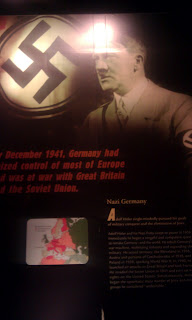 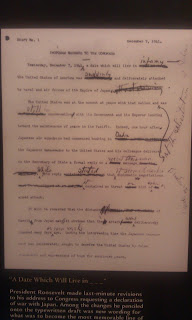 FDR's personal copy of the speech he gave the day after Pearl Harbor, with his handwritten notes and edits 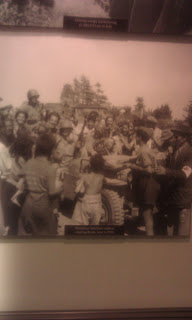 Allied troops celebrating after they took back Rome 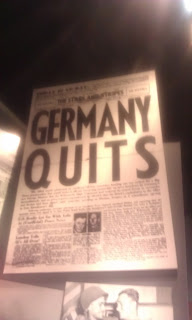 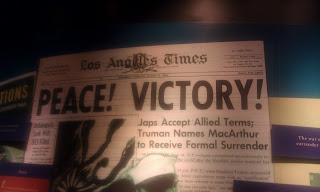 Then, I, being the girl who had the presidents memorized at the age of 4 and asked for books on the presidents and first ladies for her birthday, had to go see the exhibits on them. 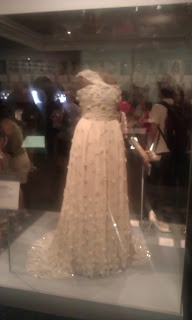 Michelle Obama's gown from the inaugural ball.  She has a way smaller frame than she appears to on TV, and this dress is even more gorgeous in person. 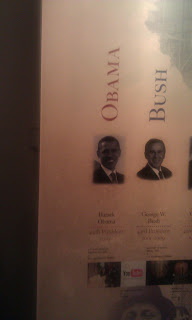 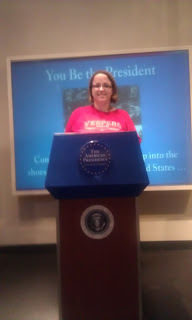 I'm cheesing hard here.  Fun fact, during the height of my presidential obsession, I wanted to be the first woman president.  When I realized how high-stress and high-anxiety I am, I got off that train.  Haha! 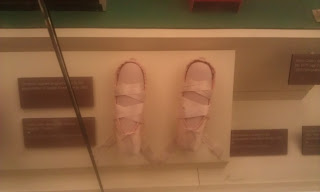 Chelsea Clinton's ballet shoes.  I took this specifically for my friend Louis who LOVES the Clintons.

Then we went by the Smithsonian Castle and the Air and Space Museum long enough for Mom to go in the gift shops.  Of course, we had to pick up some Obama gear. :) 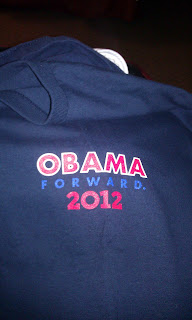 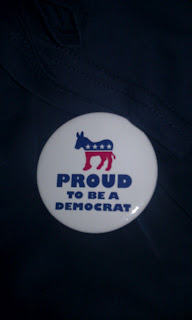 Then, Mom and Mommom went over to the White House Visitor Center, and I went back to the hotel and took a 2+ hour nap.  It felt great.  I woke up to them bringing in dinner.

We chilled out, ate, and watched some more of the Olympics, and then I went for a swim. 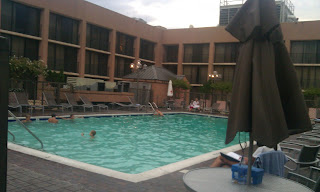 Oh yeah...did I forget to mention this hotel has a rooftop pool?  It totally does.  It was great and wore me out enough that I was ready to go back to bed by midnight.