I usually avoid these types of things.

Things that the general population freaks out about. 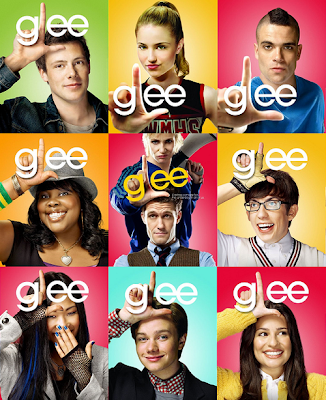 Oh yes.  I went there.  Glee.
I used to think it was creepy that people were so obsessed with this show.  The idea seemed mediocre, and yet I can't even count how many of my friends rave about this show every Tuesday.
I usually try to stay away from things that I know massive amounts of people are obsessed with.  I avoided Twilight like the plague.  I also stopped reading/watching Harry Potter.  Don't ask me why I do it, but the fact that this show was such a phenomenon made me repulsed by it.
Until last week.
I don't know what got into me, but last Tuesday, I decided to just watch one episode to see if I could take it.  I'm pretty sure I fell in love faster than a 13-year-old girl does with her middle school "boyfriend."
Before the one that just aired a couple hours ago, there were 37 episodes of Glee.  Guess how long it took me to watch all 37.
One week.
I started last Tuesday night.  By Sunday night, I had 13.  I finished the last one approximately 50 minutes before tonight's new episode came on.
I can honestly say I've never ever done that before.  But it's nice to be caught up.
Also? I love this show.
Like seriously.  I had no idea what I was missing.  Granted, the bazillion different couple combinations and love triangles (and squares and pentagons) could make your head spin right off your neck, but it's still amazing!  And I appreciate that they don't just do a bunch of Top 40 hits and Justin Bieber and stuff like that.  In fact, two of my favorite performances are a KISS song and a Billy Joel song. 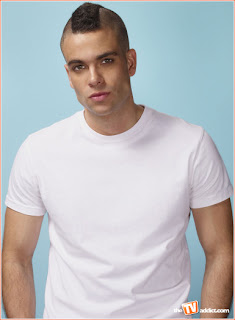 Both of which are performed by this fine man.  Which leads me to my next point of positivity about this show.  The good lookin' guys.  Granted, they're all in their twenties playing high schoolers and I still don't believe that five football players, especially one with a mohawk who ends up in juvie, would ever join the glee club, but my point is that the characters are very realistic.  The school is realistic.  The topics they deal with are realistic.  All around it's just awesome.

So my point is this: first, thank you iTunes for the ability to rent episodes for a buck each.  That's the only reason I could get caught up on this show; second, if you don't watch this show, don't be as stupid as me and start. Immediately! :)  Fox.com has the most recent 5 episodes for free.  And Wikipedia has good recaps of the show. DO IT.

And if it helps, they have cool guest stars like Gwyneth Paltrow come on. ;)