I know this is one of the, if not THE, most cliché things to say at the end of a year, but this year has seriously flown by me.  I can't believe that it's already time for a new year to start, but I also look forward to seeing what 2011 holds.  I'm not going to even bother saying that I hope it's better than 2010, because it seems that every year that I say that, the following year tends to get even worse.

2010 has certainly had some amazing gifts for me, don't get me wrong.  The first being: 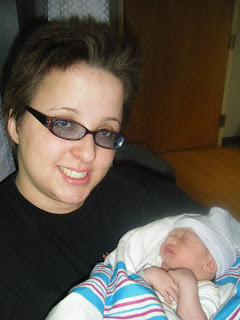 This sweet baby boy.  The old saying is true - a baby changes everything.  As scared, worried, and upset as I was by the news of his impending arrival, I can't imagine life without my adorable little nephew in it.  My life has been absolutely transformed.  There is nothing I would rather do now than lay on the floor playing with Blake just so I can hear him laugh.  March 5th seems like it was yesterday.  I can't believe he's already almost ten months old.  Before I know it, I'll be coming home for my Spring Break and his first birthday!  I smile just at the thought of seeing all that life has in store for this sweet, beautiful, funny, happy, goofy little boy. March 13th.  Scarlet Grey.  That trip to Charlotte and these two boys gave me one of the best nights of my entire life.  I spent two and a half years waiting to meet them, and finally getting the opportunity to was just...indescribable.  I miss them every day, and ever-so-sweetly bug them to find out when they're touring again.  ;)  They really are some of my closest friends, as crazy as that sounds, and talking to Ben and Pete on Facebook just does not do them or our relationship justice.  Not only do they have the personality of angels, their music is amazing, as well.  I listen to it on an almost daily basis.  I can't wait till we can be reunited, which will hopefully be sometime in the fall of 2011...and next time, I'll remember to bring my camera. ;) 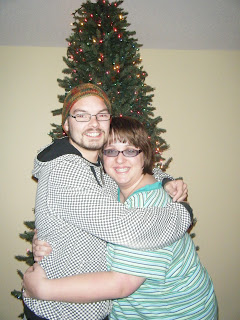 Now, before you sigh in annoyance, I'm aware at this point that it's kind of beating a dead horse, but the thing is...there are lots of things I haven't written about on here.  My depression has been rampant this year because of the school stress, the health stress, and most obviously, the family stress.  My relationship with my mother has been weaker than ever, and Matt is the one person who can always bring me out of my darkest moments, without fail.  If I didn't have him, my one tangible reminder that I am not alone, I can honestly say I don't know where I would be right now.

Lastly, I am grateful for all of you.  I have met some truly fascinating people through this blog and Twitter, people who have helped strengthen my faith in God.  My mom still says this computer is "my obsession," but that's because you all are the only people, aside from Matt, who accept me and love me unconditionally.  It's nice to know that I always have you to come back to, and that when everyone else fails, you'll listen.  Thank you for that.

2011 is going to be interesting, to say the least, because let's face it - my life is never boring. :)  I hope you all have a wonderful New Year's Eve with your loved ones, whoever that may be.