This is what happens when I get bored.

I decide today will be the day that I do this. 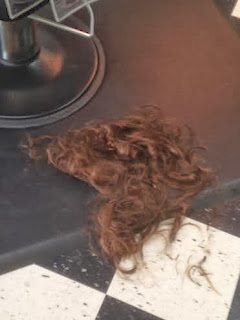 Hahahaha.  I'd been planning to cut my hair off during this break for a while now, but wasn't planning on doing it today.  And then I got out of the shower today and realized that I probably should do it today because I have Texas and then surgery and then Christmas and New Year's.  So I called up one salon in town, and they were booked, and then I called another one (I'm honestly not sure if there are more than two.) and they said I could come in any time, so I called Mommom, and she was already on her way over anyway.  So I now look like this. 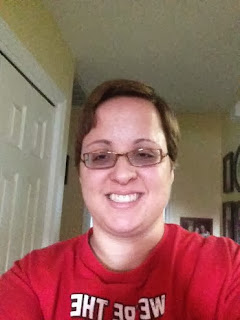 I'm about to go watch the winter finale of Nashville with Mom and then head straight to bed afterwards because I have to be up at 4:30.  Texas!!! AH!

As I did when I was in Nashville, I won't be blogging while I'm gone.  I'm not bringing my computer because I don't want to have to check a bag (and I probably won't much feel like being on it anyway).  I'm sure I'll be posting on my Twitter and Instagram quite a bit, though.  So you'll have something to check if you feel like checking in on me. :)