I'm not going to say the phrase "Working Girl."

Because unlike my oh-so-dear blog friend Laura Darling, I've known for a long time what the other meaning of that phrase is.  (Read that post. It's hilarious. All her posts are.  She's just witty, especially when she's making fun of herself.)

So, um, yeah.  The first day of my internship was good.  As good as it could've been, I guess. I left at 7:55 because I am super paranoid about being late to things, especially the first day of something as huge as this.  I got there about 8:40, so I hung outside in the pretty square for a little while because I didn't want to be there TOO early. 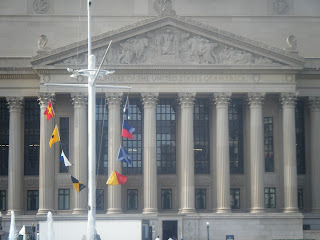 Did I forget to mention that the Navy Memorial is across the square from THE FREAKING NATIONAL ARCHIVES?  Because it totally is.  I love this city.

Anyway, one of the staff was up at the receptionist's desk about 9:00, and he took me down to my supervisor, MC (I'm so glad we get to call people by their first names here, she goes by her initials).  She had told me to meet her at the front door and was actually on her way up to get me, but got sidetracked, so it was nice that Ryan took me down there so I didn't have to keep waiting.

I spent like the first hour getting introduced to everyone (it's a pretty small staff, so it was easy) and getting shown the office. It is a MAZE down there!  I felt like a little lab rat in one of those contraptions, there are that many hallways.  And it's in a basement!  Everyone was very nice.  Then, MC took me to "the intern room" which is actually some guy's office where I met Matt, another full-time intern, and Tyler, an intern who rotates between the Navy Memorial and a nearby law firm. 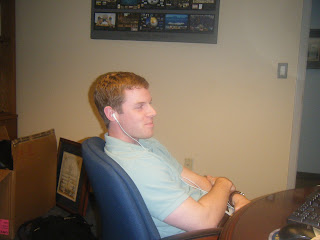 This is Matt. (Tyler was already gone by this point.)  He's nice, and was really sweet.  He answered all of my questions and helped me figure out how to do our job.   It's pretty simple.  The Navy has this online database of all the companies that are their vendors and supply the Navy with everything (and I do mean everything, one company did surgical supplies).  The problem is that the database is really outdated, so I'd say that of the 10,000 companies on the list, more than half of them no longer have contracts with the Navy. So our job is to go through the database, find the ones that still have contracts, get all of their contact info including that of the specific person in charge of handling the company's contract with the Navy (if there is a specific person), and enter into a spreadsheet on Google Docs.  Side note: Thank the good Lord for Google Docs.  This means all the interns can work on the same spreadsheet at the same time instead of having to create multiple ones.  And it saves the work automatically which is really nice.  Why? 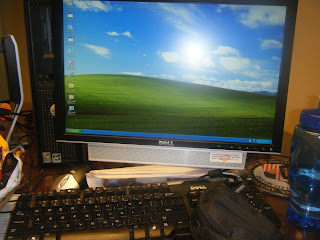 Because this computer (my computer when Tyler is there working) SUCKS.  Like, really sucks.  It just randomly crashes for absolutely no reason.  So thanks to Google Docs, I never lose my work.  The Navy Memorial is not actually affiliated with the Navy, they're a non-profit, so they go to the vendors that are still under contract with the Navy for fundraising support to keep the Memorial going.  Hence we need the contact information.  And it's tricky because the database has almost no information, so we have to go to the websites, and sometimes the link to the website is dead, so we have to go through Google, and then we have to scour the website for the contact info.  So no, it's not hard, it's actually really easy, and I do enjoy this kind of stuff, it's just boring.  But hey, at least I get to sit in a comfy chair and listen to my iPod while I do it. 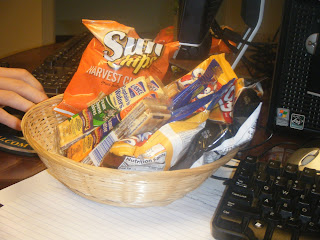 They provide the interns with a collection of snacks, which I think is AWESOME.  I totally did not expect that.  And the Head of Sales, Tony, a hilarious big black man that acts like a giant teddy bear, hand-delivered us free sandwiches leftover from the event they were having upstairs.  Free lunch on my first day?  Heck. yes.  And next week, they're having cake for all the June birthdays, and told me that I got to join in since I had already told them my birthday is Friday. (Ah!)  Yay cake. 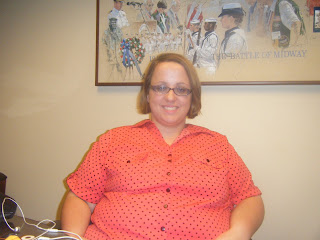 All in all, I was very pleased with my first day. The only thing that was bad was the commute on the way back took just under an hour, so I basically had to choke down my dinner and bolt to class.  Plus, I have a blister the size of Texas on the bottom of my left foot, so by the time I sat down in class, my feet were THROBBING.  The good news is the professor says she knows what the schedule is like in this program (she's done this for many years, more on her tomorrow), so she doesn't care if we have to bring dinner to class.  Which is good because I could not make it without dinner until 9:00 when class gets out.

Oh, the boiler for the entire apartment building broke, so there's no hot water.  That's fun.  I never thought I would hate cold water in the summer time, but cold showers are horrible.  I'm grateful I don't have to do that every day like most of the world.   Also, apparently these showers are possessed.  They can turn themselves on.  Creepy.