"I'm borderline scared of you. I don't know if I should say anything."

Myrtle Beach for New Year's 2011 was...not great, but a lot better than I expected.  Let's start from the beginning, shall we?

My mom took her sweet time getting out of bed.  We didn't leave till after 2:30, so I spent the morning reading 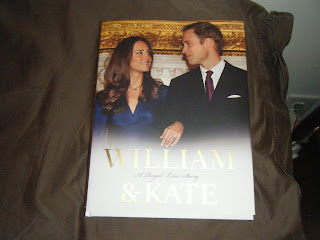 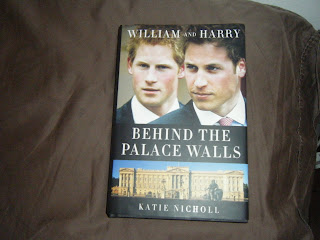 on﻿ the way there.  When we arrived in Myrtle Beach around 6:30, we met my grandma at 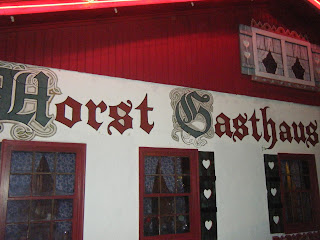 for a good helping of German food.  My chicken schnitzel was delicious.  Then, we went to the movies and saw 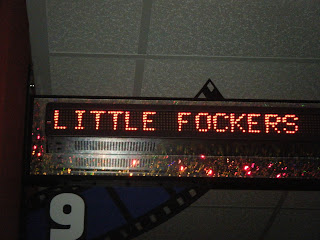 which was HILARIOUS!  Ben Stiller and Robert De Niro are the perfect match.  Then, we went back to the condo, appropriately named "The Beach House," and unpacked and later went to bed.

We were lazy most of the day on Friday, which seemed really stupid to me since we were only there for a day and a half, but I didn't really have much say in the matter.  I spent most of the day either reading or playing cards with my grandma.

For dinner, we went to 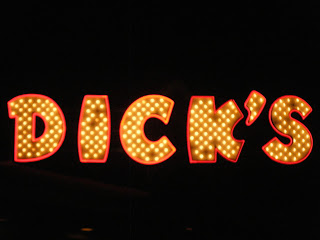 I told my mother we couldn't not go to Dick's Last Resort for New Year's Eve.  It's become a bit of a tradition.  Our waiter was a guy named Tuck.  He was awesome.  I spent most of the meal flirting with him, and when he gave me crap, I gave it back tenfold.  That led him to tell me, when I was teasing him that he better give me something good on my paper hat, "I'm borderline scared of you.  I don't know if I should say anything."  You know you're good when you can get a Dick's waiter to say that.  This
﻿ 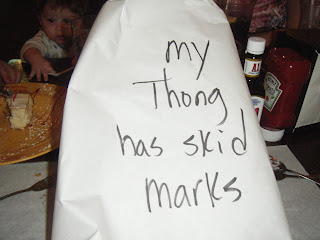 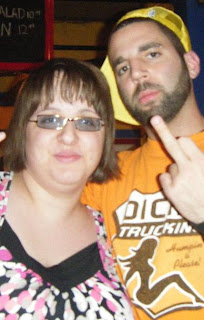 came up with.  I found it ironic because it's kind of the polar opposite of me. :)  That's the fun of Dick's.  Oh, and please excuse his middle finger.  He was trying to be "bad ass".  The hats are quite entertaining, I have to tell ya - this is what we did with Mom's later on in the meal. 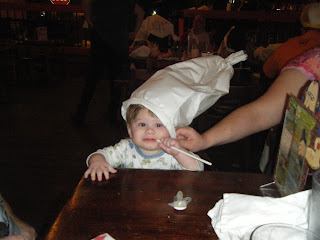 After dinner at Dick's, we went to the Alabama Theatre 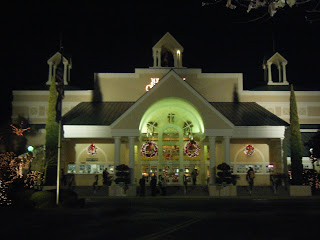 for the last night of their Christmas show.  The singing was phenomenal, and the dancing was like a collection of professionals from Dancing with the Stars (like them, not actually them), but the show was just too. darn. long.  It started at 9:15, and at intermission about 10:30 I went out and asked an usher how long the show was, and she told me it wouldn't be over till at least 12:30.  I cringed, mostly because the loud music and the flashing lights gave me an excruciating migraine.  Thankfully, Blake got incredibly restless so we left about 11:30.  We went back to the condo and watched Dick Clark's New Year's Rockin' Eve and played a bit more cards, then went to bed.
Today was kind of nothing because all we did was get up, pack, and leave.  On the way home, we stopped and saw my Uncle Ed and Aunt Dinah, and later my Grandma Frances.
The most awesome thing about seeing my Uncle Ed, though, was that he told me about this Rotary Scholarship he thinks I should apply for and have a pretty good shot at.  It's $25,000 and sends the winner on a year-long study abroad.  How cool is that?!?!  That would be such a dream come true!!!  He's going to contact the woman that kind of leads the nominating and awarding of this scholarship, and she'll contact me, but I'll keep you updated. ;)  I finished my William & Harry book on the way home.
We got home a little before 5:00, and my friend Shanon came by for a few minutes and picked up her baby gifts.  She loved them, thank goodness, and apparently so did her husband.  Yay babies!
So yeah...that about sums up Thursday to Saturday.  Hope your New Year's weekend was fun!
﻿