Everything about today (except for one thing) is awesome.

I got about 10 solid hours of sleep (granted, not at normal hours, but still, progress).

Then, I immediately went to lunch with Ricky, Tunji, and Isaiah.  Those boys...they are adorable and hilarious and some of the sweetest boys I know.  I'm gonna miss them and some of the other soccer boys so badly.

After that, I had counseling.  Which is always good.  It's amazing how good rambling at someone for an hour can feel. ;)  Nah, she really has helped me work through a lot.

Then I had dinner with Summer, which is such a sweet time.  That girl is just incredible and I am so lucky that we have been able to do Campbell together these years.

Then was Seminar, which...blah.  Was boring and went on way too long.  But the good part was that I got a text in the middle of it from my dear, dear friend Alex, who was on campus tonight for his brother's concert, and so he came over after I got back from class and the concert was over.  I barely had time to do much before he got here.  It was so good to just sit and talk to him for a bit.  I haven't seen him since November, and he's been one of my favorite people for two years now.  He spent the 35 minutes that he was here like this. 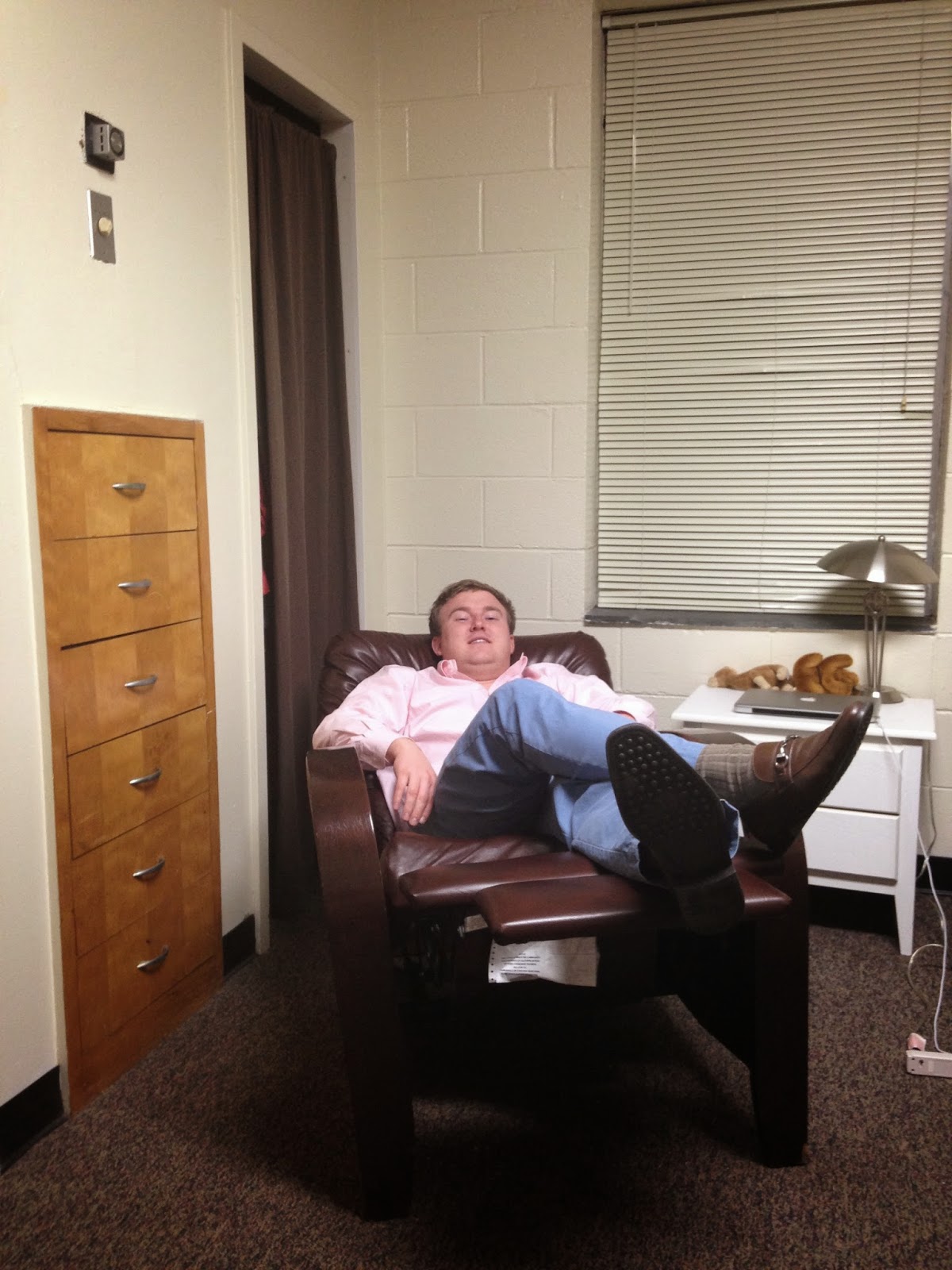 He took a special liking to my recliner. :)  He spent a good deal of the time telling me about law school, and after praying for him and that for so long, it was great to hear how well he is doing and how much he likes it. 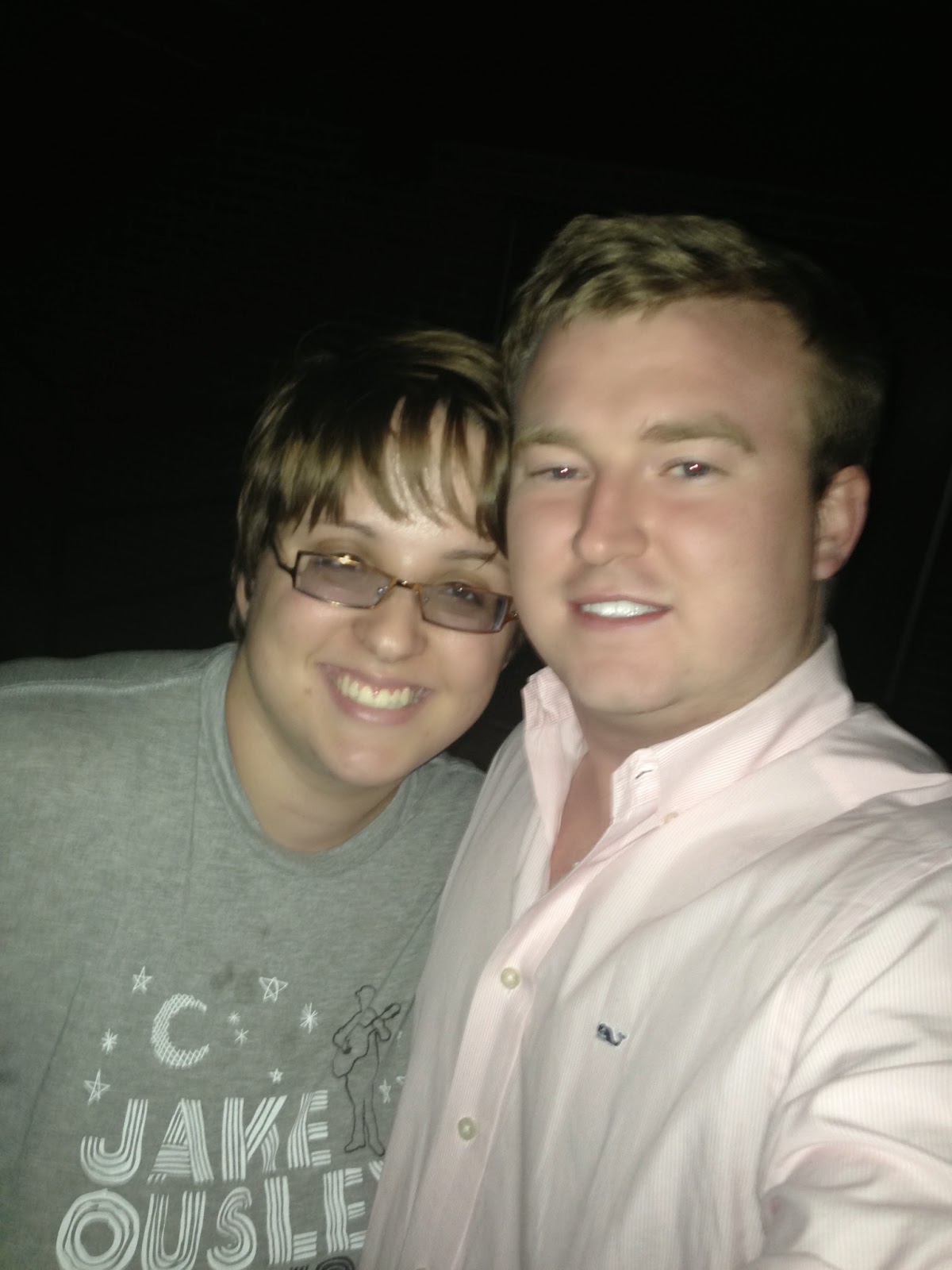 This was a great surprise tonight, and it definitely put a huge smile on my face in the midst of some stress, which I needed because after that I had to go talk to Austin, and I wasn't honestly sure how it was going to go.  I don't want to get into the details of what it was about out of respect for him, but things had happened, and I had just gotten really scared/worried about our friendship and things changing, but we talked it all out and basically one thing had made me uncomfortable, but he got uncomfortable because he thought I was uncomfortable about the larger picture.  But I made it clear to him that I was happy for him because I don't have feelings for him anymore (which I don't).  So basically, it was all one giant misunderstanding that ended with him saying "I don't want your last month at Campbell to be anything but great."  He cares about my happiness as much as I care about his.  I'm really glad we have the kind of friendship where we feel safe enough to be totally open with each other.

And then, as sort of icing on the cake, I gave him the letter that I wrote him and he read it and said that it was one of the most touching things he'd ever received and that our friendship means a lot to him.  Putting the anxiety I've been feeling every time I thought about him in the past few days at ease.

The one not awesome thing about today is the fact that I am now going to be up for hours finishing my Political Thought paper after I take a shower.  Here's hoping I can focus through my insane migraine.  I didn't get work time in today because of everything else.  Ah well, I wouldn't have traded all the sweet stuff that happened today for anything. :)