I got a new nickname today.

That nickname is Angelita.

Today, I woke up, I went and reviewed my giant French paper from last semester with Dr. Steegar, and then I went to have lunch with Ricky. 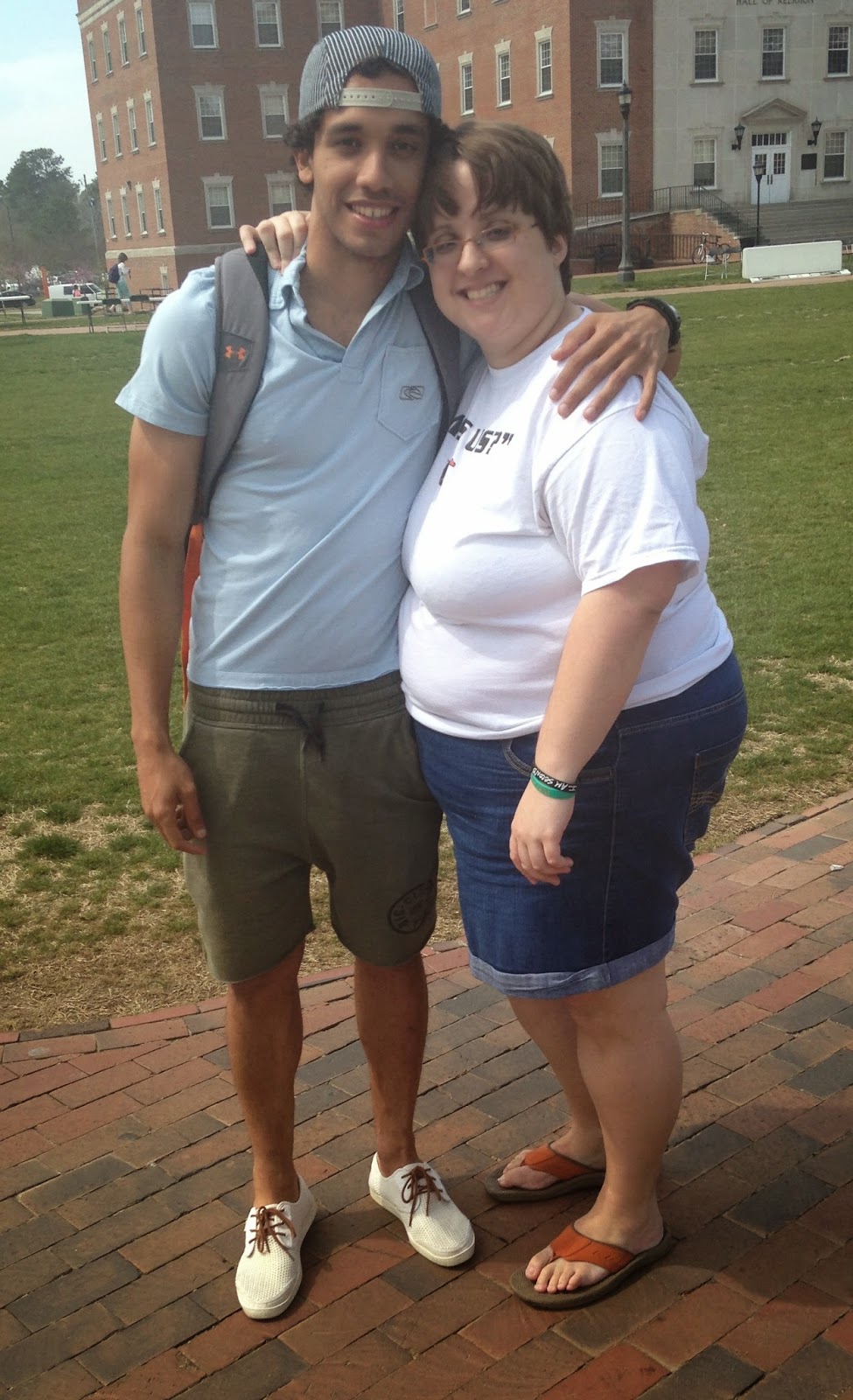 This is Ricky.  Yes, soccer Ricky.  Turns out, Ricky is also roommates with Zack, which is how he got involved with Tuesday when Zack told me he was going to recruit guys to come out Tuesday night.  It's a small world here at Campbell.

Well, turns out that lunch with Ricky was actually lunch with several soccer boys, like Tunji.  Tunji is awesome.  There were even some soccer girls there, too.  It was so much fun.

I got this picture with Ricky because I've never gotten a picture with him before and it's a goal of mine to get a picture with as many of my sweet soccer brothers as possible.  Ricky is actually who nicknamed me "Angelita".  He left it in a comment on that picture when I put it on Facebook, so I asked him if it could be my official nickname from now on and he wrote back "yesssss!" :)  "Little angel" - have you ever heard anything more appropriate for me? ;)

I researched, I went to Seminar, I came back and ate dinner and did a French video.

Now, I'm watching Grey's Anatomy and Scandal and then I'll probably take a shower and go to bed because I apparently cannot get enough sleep.

And that was Thursday.