Baby, you're a firework.

(I know, I know, it just killed you to not find a post from me detailing how incredible my 4th of July in DC was by the time you got up this morning.  Well, as you will see, the night was a bit hectic, so I got back way later than I originally planned.  So by the time I got back to Georgetown, all I wanted to do was take a shower, dry my hair, and sleep. My apologies.)

Most of my day was way more low-key than I expected it to be.  The boy and I were going to spend time together, but his mom came into town from Texas for work, and he ended up spending the day with her (which I, of course, totally understood).

So I slept in, went to this great burger joint for lunch, and then wandered around for a bit.  I went down to the Capitol South metro stop and walked around.  This is, of course, where the Capitol and a lot of Congressional office buildings are.  I loved looking at all the old buildings, but I only took a picture of this. 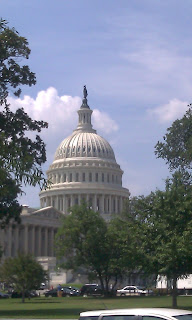 I can't wait to tour the Capitol.  It's going to be awesome.

After I got bored there, I went over to the Navy Memorial and wandered around over there.  I went to Starbucks to get some cold water, and then hung out in Potbelly's and let my phone charge while I enjoyed the air conditioning for as long as possible.  I ate dinner there, and then headed over to the Washington Monument about six o' clock. 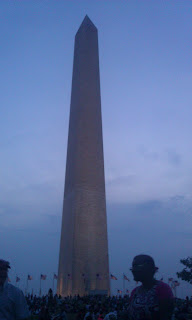 The boy originally told me that he was going to come for the concert, but he texted me at 7:30 and said he couldn't, but he'd be there at 9 for the fireworks.  So I hung out and enjoyed the cool breeze, good music, and put in my iPod when the good music became bad music.  Time actually passed pretty quickly.

Just after 9:00, the fireworks started, and it was quite honestly the coolest fireworks show I've ever seen.  I don't know if it was the magic of being at the Mall with literally a million other people or what, but it was incredible.

Prepare for firework pictures in overload.  I had the perfect view.  (These are not in order, sorry. Blame Blogger.) 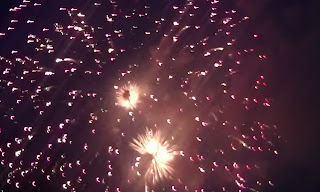 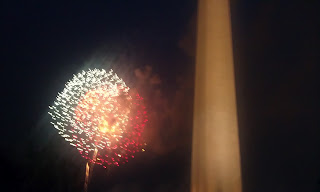 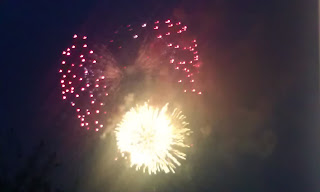 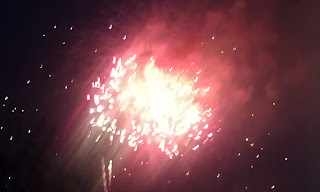 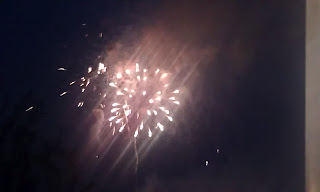 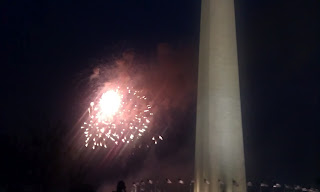 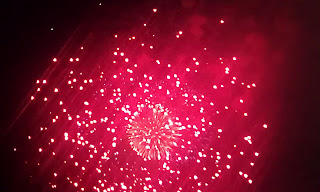 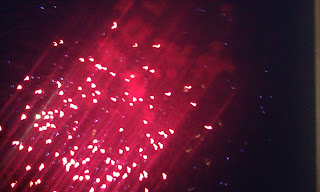 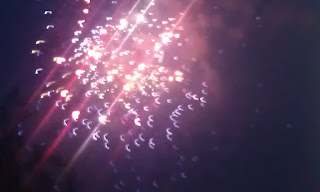 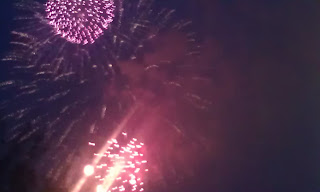 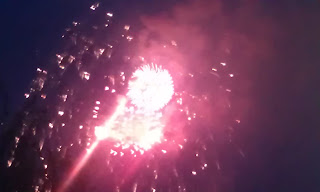 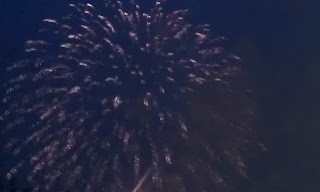 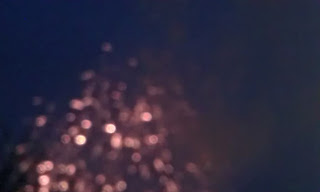 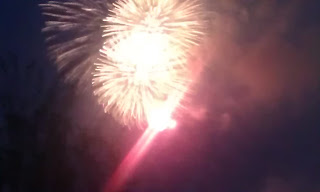 Yeah, it's hard to capture good pictures of fireworks with my dinky little point-and-shoot camera, but I wanted to do it anyway.  I love that I can now say I was on the Mall for the 4th of July.

At 9:25, when the show was practically over, I texted the boy because he STILL wasn't there.  He said he was on his way between the Capitol and the Washington Monument.  (Of course, he decided to go to the concert I'd originally planned on going to but decided not to because I didn't want to walk from the Capitol to the Mall.)

The fireworks were over about 9:30, and the Mall slowly started clearing out.  And I sat and waited...

I texted him at 10:00 and said "dude, you're killing me! haha" and got no response.  I tried calling him several times over the next twenty minutes, and got no response.  Part of me thought he was standing me up, and part of me thought something bad had happened to him.  I texted him at 10:20 and was basically like "DUDE. WHERE ARE YOU. It's been 50+ minutes!  If I don't hear from you by 10:30, I'm leaving."  Yeah...I was starting to get a tad bit irritated becaue I couldn't figure out why he wasn't there yet.

Ha. About five minutes later, he called.  "Hey, I know you're probably freaking out, but I'm not there because I lost my phone basically right after I sent you that last text, and I've spent the past hour looking for it.  I'm coming now...if you're still there."  Of course, I waited for him.  I just wanted to see him.  He got there a few minutes later, but by that point, knowing I had a good 45 minute (at least!) commute ahead of me, I basically gave him a hug and told him I needed to go.  So he walked me to the metro station, like any good southern boy. ;)

Lesson to be learned, folks?  Metros do not work half as well on a holiday as they do on a normal day.  Not only were there tons and tons of people, the cars were running behind, half of them didn't work, and then when we got on, we had to wait like five minutes before the door would shut and we'd leave.  That happened both when I got on at the Metro near the Mall and the Metro to get me to my Georgetown bus stop (you have to switch lines).  It was insane.  I was so nervous that I was going to miss the last bus back to Georgetown, and by that point, my phone was dead dead dead so I couldn't have even called a cab, but luckily I made it.

Long story short, I'm thrilled and so, so blessed to have been in DC for the 4th of July, but once was certainly enough.  I won't mind if I never go through all of that again.

Also, what would the 4th of July be without a good little cliché lyric from Katy Perry? ;)  Hope y'all had a good holiday.