These are two of my favorite things.

What two things, you may ask?

Well, that would be the Wolfpack and time with my friends, of course.

I got out of the hospital on Wednesday and Mom had a tooth extraction yesterday, but do you think that would stop us from driving to a Wolfpack basketball game when we already had the tickets bought? Heck no!

It was a very early morning, but so worth it. And for once, I didn’t have trouble staying awake on the long drive, which was really good because Mom was hurting and needed the company. I brought my nebulizer with me in case my breathing got really bad, but thankfully I never had to stop to use it.

The good news is the Wolfpack absolutely killed Pittsburgh, and a conference win is always a good thing. The bad news is we next play 3 nationally ranked teams, Virginia then Duke then UNC, and none of those are going to be easy. But we’ll take them as they come, and thus far, our young team is still doing much better than just about anyone expected.

After the game, we went over to the bookstore. What was supposed to be a quick run-in to get one shirt Mom wanted that she thought she could get away with wearing to work turned into an almost hour long trip because Mom kept seeing things she wanted and couldn’t make up her mind between shirts. Because that’s what happens when Mom goes shopping for anything whatsoever. When we left she still said, “I feel like I rushed the decision!” and I simply looked at her and said, “You went in for one shirt and came out with four. That’s the opposite of rushing!” Because really. On the upside to the physical pain I got in from following her around the store all that time, I did find a very cute and very cheap shirt for myself.

But after that was the best part of the day, one of the very few things more fun to me than a Wolfpack game: a reunion with Clayton! We tried and tried to find a time when he could come down to the coast for a visit but couldn’t work it out, so thankfully he was able to drive up to Raleigh from his family’s house for a meal today before he flies back to Atlanta on Monday. I was practically jumping with excitement by the time we pulled into the parking lot of the restaurant and found out he pulled in at almost the exact same time. Let’s just say there was a very cheesy run across part of the parking lot because I was just so excited to hug him. :)

The meal was great. I actually didn’t get much of a word in, because Clayton and Mom spent the entire time talking about theology and various denominations and their varying levels of progressiveness. Mom, despite being in massive amounts of pain, still had us both cracking up and she said she understood why I call him one of my best friends. The three of us are all incredibly sarcastic and weird so it was just so much fun and I was so, so, so freaking happy to get to spend time with him and hug him and just be with him in person again.

But you know what? It wasn’t nearly as surreal and exciting as it could have been because of how much time we’ve spent on FaceTime in the past few months, and I think that’s a really good thing. It’s really special to have a friendship that can grow even stronger when you move hundreds of miles apart, but he’s far more important to me now than he was when we left Campbell in May. And I just think that’s amazing because 850 miles is a lot to overcome. 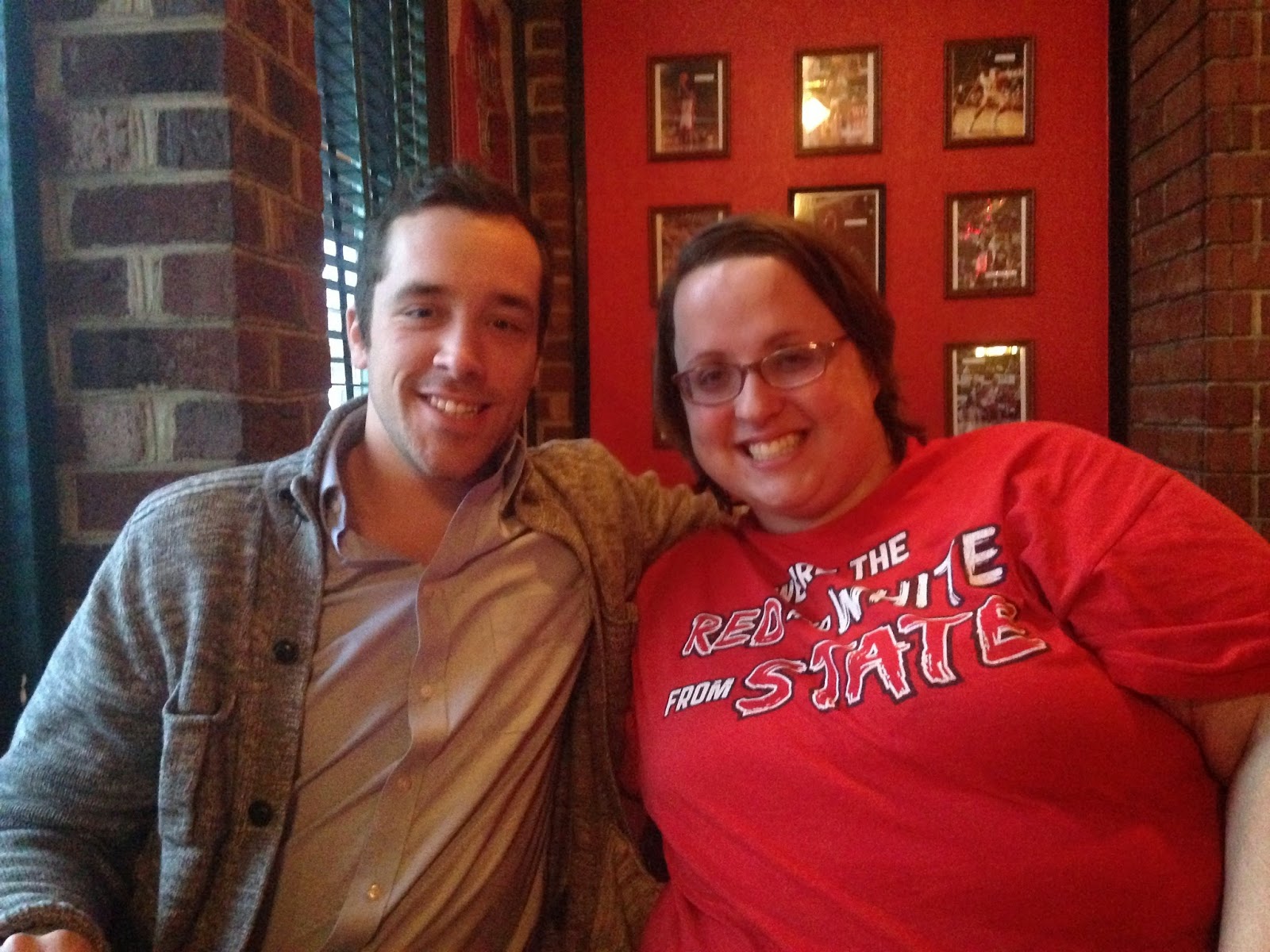 I’m just really lucky in the love department in general, but with him in particular. When you’ve been burned a lot by people, as I have in the past, it can make it very difficult to feel 100% safe with anyone. At least that’s the way it is for me. There’s almost always this little voice in the back of my head that is telling me I’m doing something wrong or someone’s mad at me or some crazy thing like that and so I’m always afraid of saying the wrong thing and scaring someone away. Even though I know it’s crazy. Even though I trust my friends when they tell me they love me. I still haven’t learned how to make that voice, that negativity, go away.

But with my friendship with Clayton, I have that safety. At the very least, I am safe in being insecure. I can ask him things rooted simply in the fact that I’ve gotten in my own head again and he says things like “glad you checked! no sense in letting things worry you!” and “that’s what open communication is about!” Even though I know that I could probably have that open communication with more of my friends, I don’t trust that or myself yet, so it just means the world to me that I do have it here.


Hopefully it won’t be another eight months before we get to see each other again.