When I was writing my Year in Review post, I kept thinking about the worry I had felt over paying for school, and how silly I feel now that, once again, God showed up and worked everything out. That got me thinking about Jon and the Anima Series' video "What Are You Afraid Of?" I wrote a post about it at the beginning of 2014, so I was also thinking about that, as well as my interview with Jon in August and what he said was the inspiration for that poem.

What room does fear have when I make room for love? That is the central question in Jon's poem. God is love. So what room do I have for fear if I am completely consumed by the love of my Father? And as he said in his interview, every good and positive thing that you could think might be the opposite of fear, Scripture tells us either that God is it or God provides it. So seriously, why bother being afraid? We have the ultimate, unbeatable weapon against it.

And then there's the fact that "do not be afraid" is in the Bible somewhere in the neighborhood of 365 times. Like any good parent, God seems to like repeating things when it's a lesson He really wants His kids to get. So, I'm just guessing, but perhaps maybe I need to stop being so afraid every time I think the plans I had for myself aren't going to work out. Because God's plan really is way better, and I know that if things don't go the way I wanted, like if I had ended up having to take this semester off,  there has to be something so incredibly awesome in store that I can't see. It certainly turned out that way when I ended up at Campbell instead of William & Mary, my original first choice for college, didn't it?

I can only see the step right in front of me. God has all of eternity laid out before Him. I want to remember that in this new year.

I want to grow in my trust that God's plans are greater and better than mine and not be so caught up in thinking that I have to know what's going to happen.

I want to relinquish the death grip I tend to have on the planning and the details and accept the fact that I can't plan everything.

When I don't know what's going to come next, I want to step forward in faith that the God who has never left me nor forsaken me isn't going to leave my side now.

I want to stop being afraid of the unknown and rest in what is known: My Father is in control. He is good. He is faithful. And He loves me more than I could ever begin to picture. 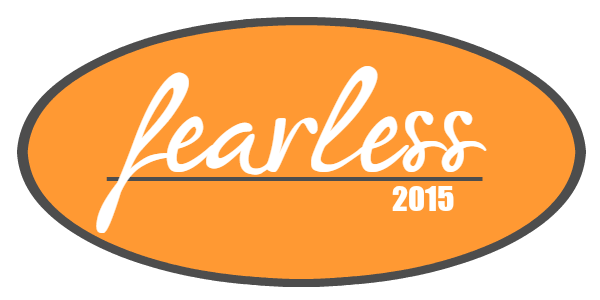 button made by Traci