Devils and Deacs, stand in line!

So, remember how the Wolfpack lost to #3 Virginia on Wednesday? We threw it away in the last five minutes and ended up down 10 at the final buzzer. It was frustrating, but overall a good fight from a team that has 10 freshman and sophomores on a roster of 16 (3 seniors, 3 juniors, and 3 of those 6 I don't think play very much).

Well, today we were up against #2 Duke. Unlike Wednesday, we had home court advantage which made this just a tiny bit less nervewracking, but still. Any State fan that isn't completely delusional in their love of their team, at least that's my blunt opinion, went into today nervous. State has a habit of doing really well for the first 75% of a game (both football and basketball) and then choking and blowing it in the last 25%. That's not good!

So imagine my total shock and elation at this. 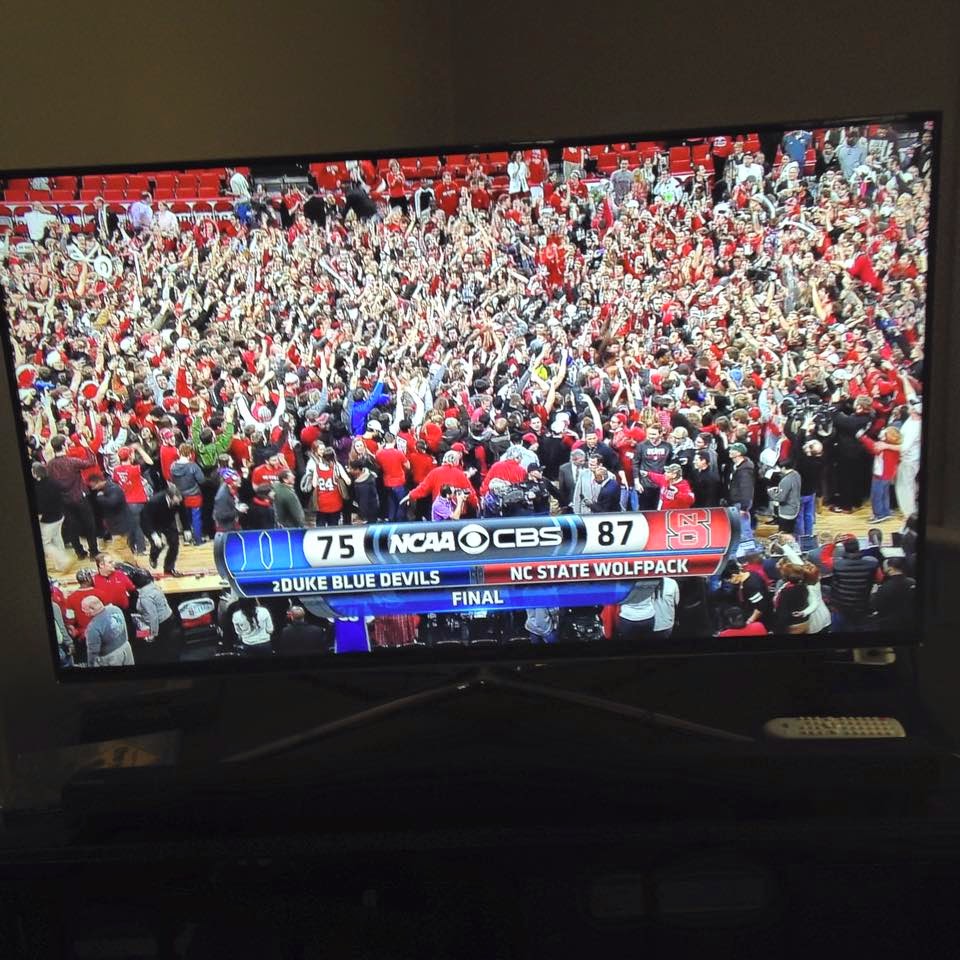 We, little ol' NC State, the butt of 99% of Duke and Carolina fans' sports jokes, a team people expected to bomb after losing our star player to the NBA, beat #2 Duke, who was 14-0 going into today.

And we beat them by twelve points. Our highest lead of the game was 19 with 5:43 left, and when Duke proceeded to cut the lead to 8, I got very nervous that we were going to "pull a State", but we finally started hitting some free throws and managed to hold them off. Mom and Mommom were at the game and I can't imagine the coronary Mommom was having watching Duke have their worst day in a long time while we were having one of our best WHILE she was surrounded by thousands upon thousands of State fans.

This is even better than our win over Duke when they were #1 two years ago, in my opinion, because two years ago we were ranked, at #20 but still ranked, so at least people could see that being a competition. And we only beat them by 8 at that game. Today we were unranked and analysts expected us to get slaughtered.  Upsets are one of my favorite things about sports. :) 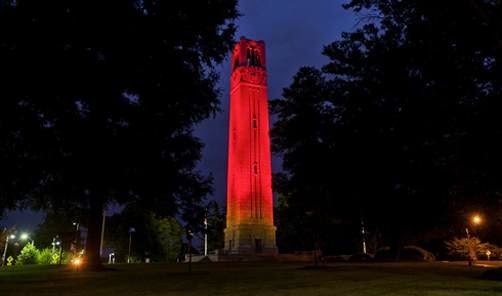