Paige came to visit me today!  She heads back to the UK on Friday for another semester of Study Abroad, and we both knew that we had to get together before that happened.  So I went to Political Thought, and then met her at the Student Center for lunch.  She got there at about 12:20, and we sat and ate and caught up for about an hour before we had to head upstairs.

I had to have a meeting with the Dean of Students and someone from Student Success because, long story short, a whole lot of people are concerned about me and my seizures.  I don't really want to get into the details quite yet, nor do I want to rehash it right now.  Just know that a couple surprises were dropped, tears were shed, I'm SO glad that Paige was sitting in there with me so it didn't feel so 2-against-1, and nothing will be happening until after I see my doctor on Wednesday.

After that, we got a drink (hot chocolate for me, some weird tea thing I don't remember the name of for her) and sat outside and enjoyed the beautiful day and talked some more.  Mostly about boys. :)

Then it was French class!  You probably don't remember this, but I actually met Paige because I tutored her in French last spring.  So I took her to French class so she could see Dr. Steegar.  She spent half the time on her phone and the other half laughing at the stuff we were discussing.  Two thumbs up for that one.

At that point, it was about 4:00, and we weren't hungry for dinner, but she also didn't want to leave yet, so we went to the big courtyard area in front of the dining hall that's next to my dorm and literally just sprawled out on the grass and...talked.  We never run out of things to say! :) 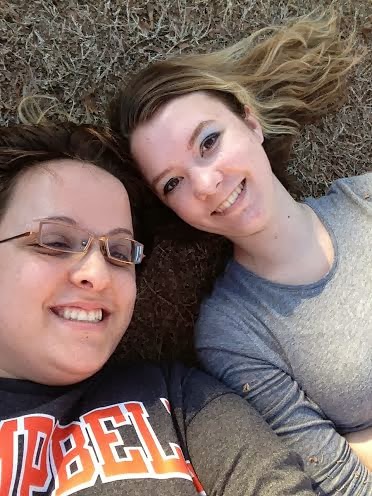 Can't lay out on a beautiful day without taking a selfie! 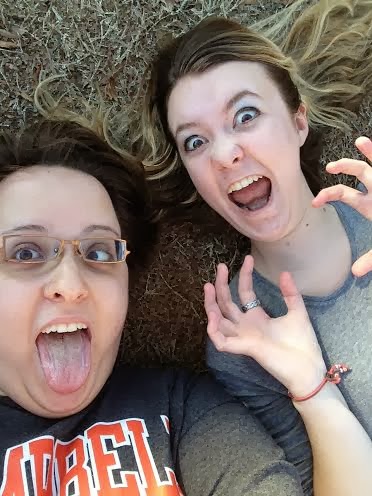 The best part about our friendship is that we're complete and utter dorks and we're not afraid of it. 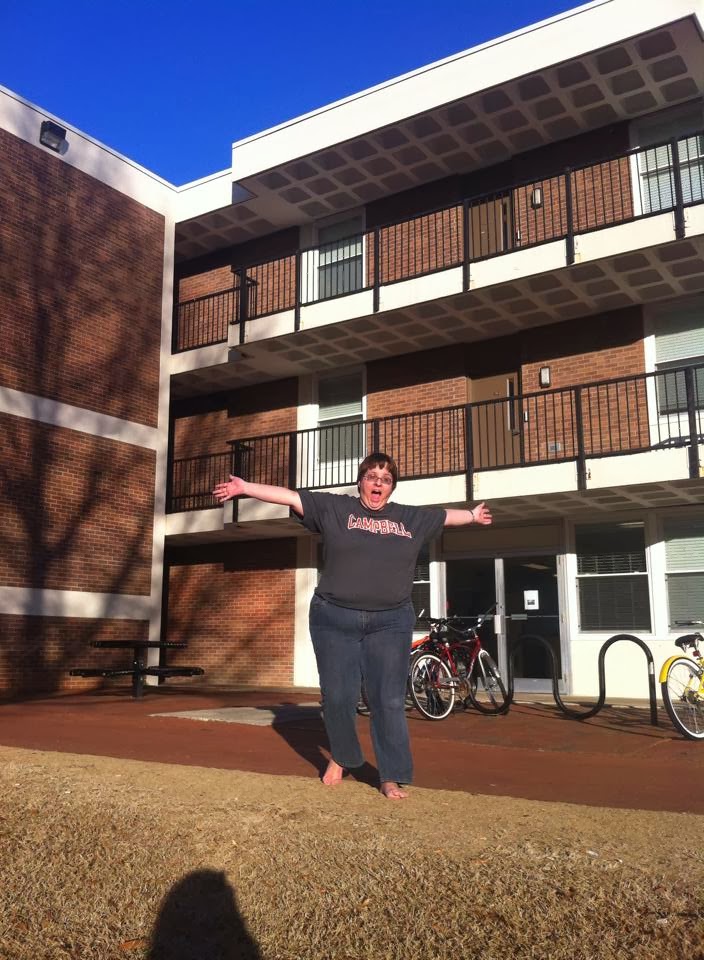 I had to go to the bathroom at one point (luckily those double doors behind me have a girl's bathroom behind them), and when I came back out, she was holding up her phone, and I said "Are you taking a picture of me?" And she said "Yes!"  So I posed.  Her caption on Facebook is "and she appeared, frolicking across the grass!"  Ha, graceful me.

We laid around outside until 5:00 when I was getting chilly (finally, I didn't wear a jacket all day) because the sun was behind clouds, and went in to Jole Mole to get some dinner. 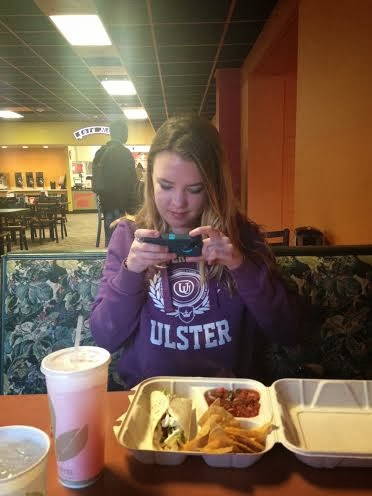 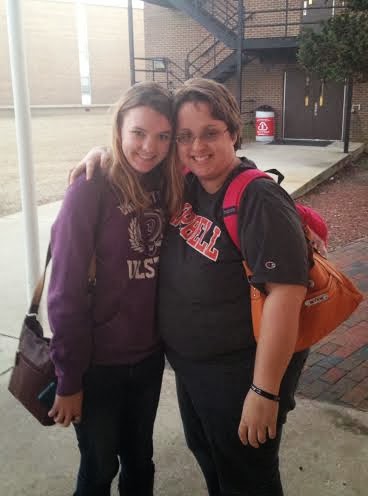 A picture on the way out, about 5:45 when she had to go.  I asked a football player that just so happened to be walking by if he'd take a picture for us, and he took two, waited to see what I thought, and then smiled and said "Be blessed!" as we parted ways.  Small things like that can just be the icing on the cake. :)

We prayed together before she headed out and as she left, I was simply thankful for those hours together and the fact that this is a friendship, similar to what I have with Ryann, that isn't defined or changed by the distance between us.  It's a real gift.

Tonight I just hung around, did some homework, watched TV, took a very long shower, caught up with a friend.  Around midnight (it's now 2 am), I should have gotten on here and blogged, but instead I ended up like this. 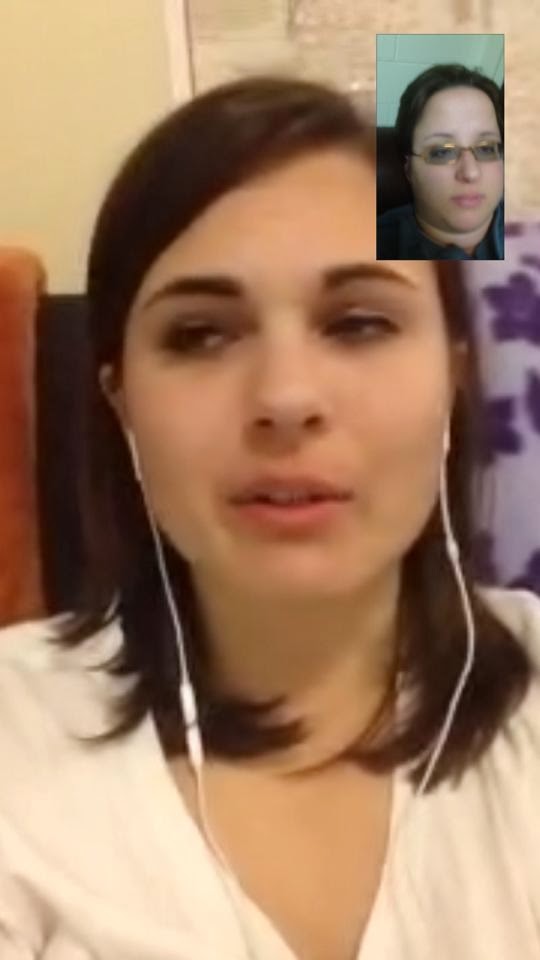 I texted Alexis, and since she was still awake, we ended up getting on FaceTime for another 45 minutes tonight.  I just was not having a good day mentally, and talking with her did a lot of good for my soul.  I am so thankful for modern technology.

The title is just what popped in my head.  I call Paige my "soul sister", and I'm starting to really think that Alexis is one, too.  Plus, I love that song. :)