What to do when you can't do anything.

There are so many things that happen in this world that I don't understand.

I don't understand why people think it's okay to viciously beat a man after a prayer service just because he was gay and truly believe it's in the name of God.

I don't understand why militants can charge into a school and kill more than 100 children in the name of their agenda.

And I don't understand why a man can decide driving drunk is worth the risks. 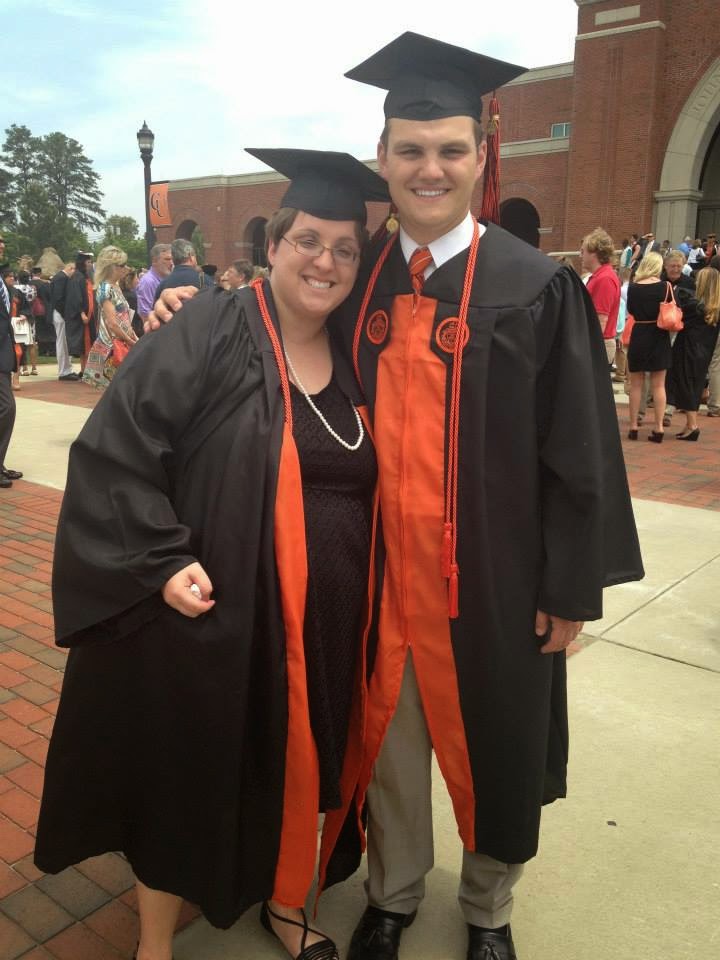 This is my friend Gabe. I was in bed most of the day with a migraine, but this afternoon, I got on Twitter to see messages of prayers pouring out for him. I quickly found out that he was in a serious car accident last night while driving back from Texas to visit his brother. A drunk driver crossed the center lane and crashed into Gabe's car head-on as he drove with his sister Lydia back from Texas where they visited their brother. Lydia was killed instantly, Gabe was in critical condition, and a five-year-old in the drunk driver's truck had serious injuries.

I immediately felt like I was going to throw up. I was honestly surprised at first at how scared and sick the news made me feel, but then I began to think of memories that involved Gabe. How he almost cried when I told him about my dad. The dinner we had at Chick-Fil-A where he just sat and listened to me and gave me some advice and we got to know each other better. How he helped me move out at the end of a semester. How we were so quickly able to restore our friendship once we were on the other side of the drama. And I felt like a complete ass for all the times we had fought over stupid club drama and politics and all of these things that mean nothing anymore. All I could was pray that he would make it, so I could have the chance to make sure he knew how much I truly do respect and care about him. Praise the Lord that his longtime girlfriend posted on Facebook a few hours ago and said that he's going to make it.

Everyone knows the phrase "peace that passes all understanding," but tonight, I realized that you need that kind of peace the most when you're facing a situation that is beyond understanding. I don't understand one speck of this, how Gabe and his family could be facing such a scary and difficult journey when he did nothing wrong driving that car, how a man could put so many innocent people in danger, especially the child in the truck with him, why Gabe and his sister were right there at that exact second and so it was them that man hit instead of someone else. How Gabe's family could have to balance being with Gabe in a hospital so far from home while simultaneously planning their daughter and sister's funeral. There are no words for this.

Even now, now that I know it looks like he's going to be okay (eventually), all I can think is that I so desperately wish I could go visit him and tell him in person just how much I really do treasure him. But obviously, that's not an option, so what is left?

I will pray for his full healing, so those around him can experience all that is Gabe and the way that he can light up people's lives with his goofy sense of humor.

I will pray for his heart and mind, that he will not be wrecked by guilt when his sister's death fully hits him when he is conscious, that he will still be able to one day go back to law school.

I will pray for his parents and family, as they balance their grief over losing Lydia and their need to support and care for Gabe, and as they plan a funeral hundreds of miles from home.

I will pray for his girlfriend, that she will also have peace and rest knowing that he will make it through.

I will pray for the child in the other vehicle, that she will also make a full recovery, and her family as they walk through this time.

But also, I will pray for James, the man who made an awful decision that has irrevocably changed numerous lives. As much anger as those who know Gabe and his family may feel right now, no matter how justified that anger is, we must remember that James is no less deserving of a Savior than we are. I will pray for him, that he will learn from this tragic mistake and seek forgiveness for the damage he has caused. It's really been on my heart lately in many situations that I need to pray for people even when I don't want to, and this situation definitely fits that. I am just as broken as James, and I must extend the same grace that I seek for myself.

The one good thing I've seen today is how the Campbell family has rallied around one of our own. I've repeatedly looked at Gabe's Facebook checking for updates, and it is flooded with messages of support and love. Even when this world seems to be at its darkest, there is still so much good out there. We can't do anything to change what has happened, but we can pray, and sometimes that is the best tool we have.

It would really mean a lot to me, as I know it would to all who know and love Gabe and his family, if you would join me in praying for those grieving in the aftermath of this awful incident.