Because only adrenaline could keep me from not noticing this 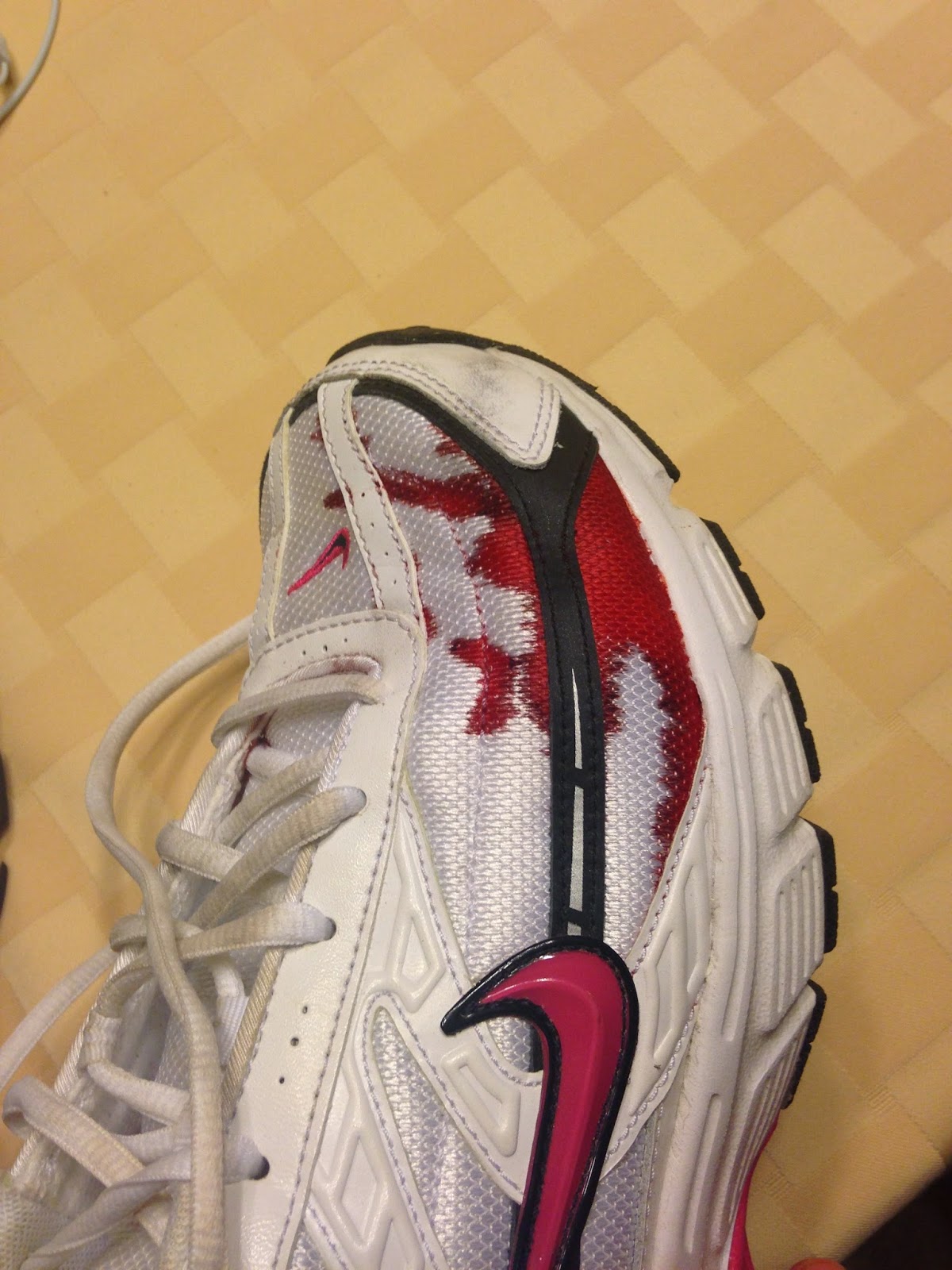 until AFTER I sat down to take my shoes off after my walk.  It's pretty terrifying to look down and have the impression that you were stabbed in the foot.  I really don't know how I didn't notice this at all during the walk because I spend a lot of time looking at the ground.

Turns out, I've been walking so much lately that I straight up removed entire chunks of skin off my last two toes tonight. 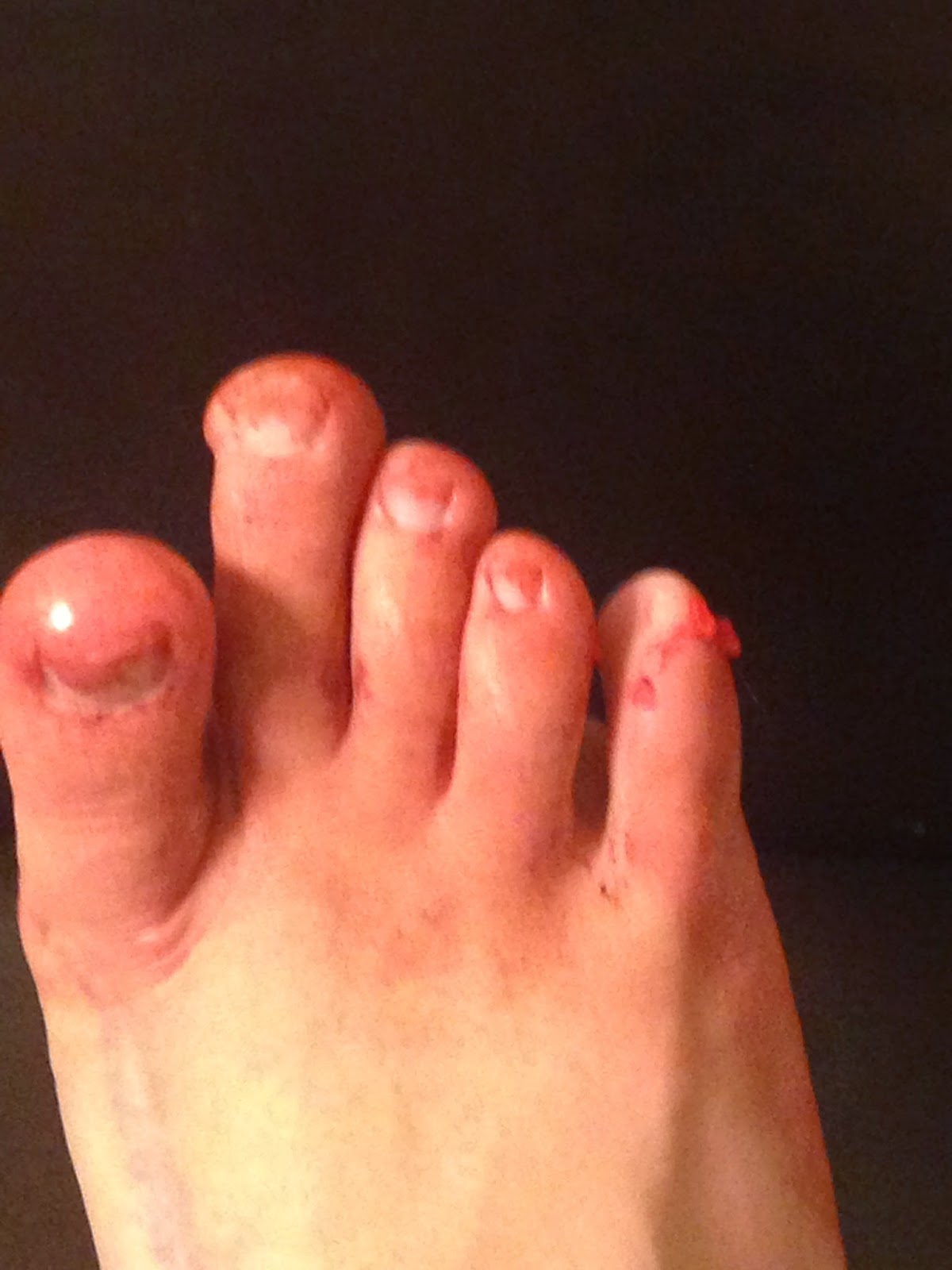 Pretty, huh?  Who knew such small abrasions could bring so much blood?  You can't see most of it from that angle, but trust me, it's there.  And of course, I didn't actually feel pain until I looked at it.  No wonder that NFL player who got his finger amputated in the middle of a game didn't realize it until after he took his glove off.  Not that I'm comparing this to getting a finger torn off, but you know what I mean.

So yeah, it looks like I have to take a few days off to let this heal.  It's currently covered in ointment and bandaged up.  Mom says she's going to try to come up with some way for me to get my heart rate up but still let my foot rest so I don't break this streak I'm on.  We'll see how that goes.

The walk was good, though.  I tried jogging for the first time.  I probably only jogged like a quarter of a mile total, but still I tried it.  It was the most unnatural feeling, and it totally screwed up my breathing for the rest of the time.  I think I need to stick with walking for a while longer.  But look at this. 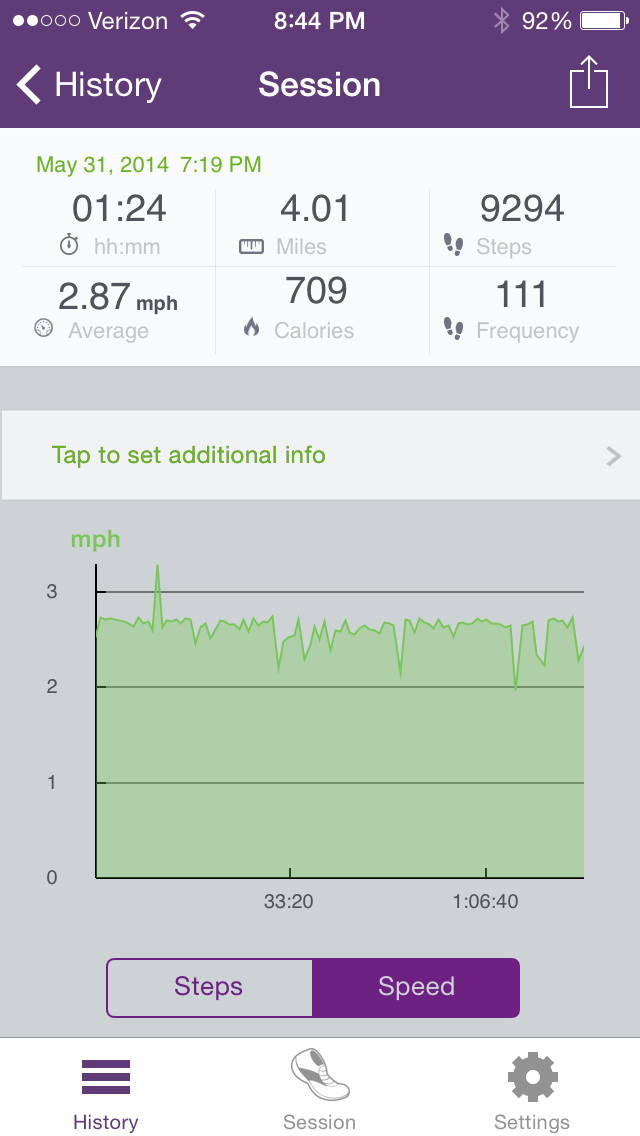 I can do four full miles now!  That was my big goal.  Pretty crazy to think that I started out at 1.11 miles just eleven days ago.

And since I started out on such a gross note with all the blood talk, I'll end with a pretty picture of the sunset. 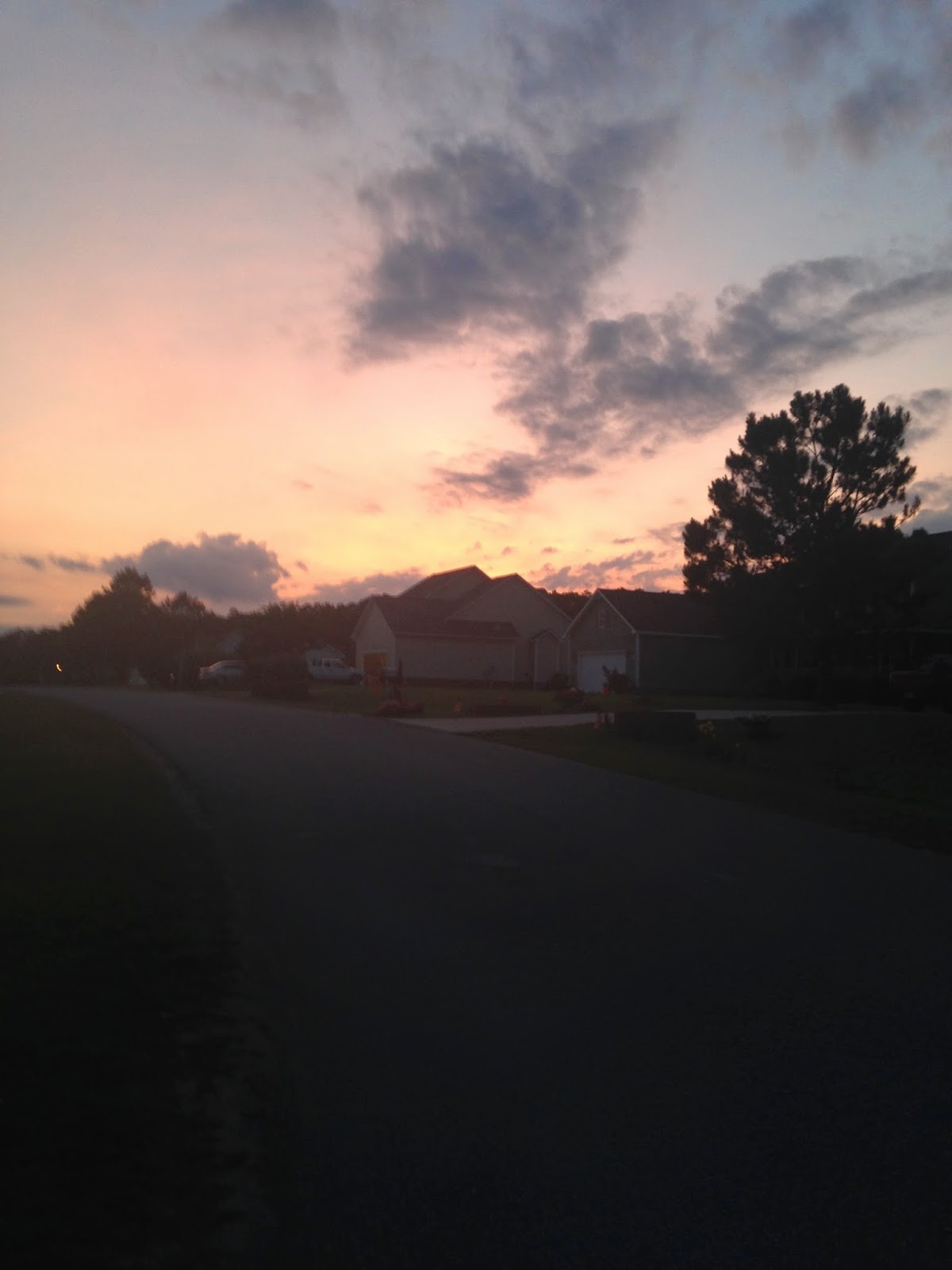 Being outside and getting to see all the pretty makes me smile even while my body hurts. :)