It's amazing how I've only been doing this for three days now, and I'm already learning things.

Like how I'm even more stubborn than I realized.

And the value of having a support system around me who's passionate about exercise and health who will push and encourage me.

But mostly, how I have the ability to push through things, and the importance of that ability.

Truth be told, I really didn't want to go walk today.  My migraine was awful all day today, and I had Botox this morning which means I was in added pain, and then I got an upset stomach right before I was planning to go, so I was just all sorts of ughhhhhhh.  But I mentioned to my friend JD that I was going to go I just wasn't in the mood for it and wasn't sure how far I'd get, and she told me to go ahead and get out and go as far as I could, and said that I wouldn't regret doing it.

I told her I was going to go easy on myself today and tomorrow, because the Botox usually has me feeling awful for about 36 hours afterward, and just try to make it a mile.  She said something is better than nothing.

Well, this was today's results. 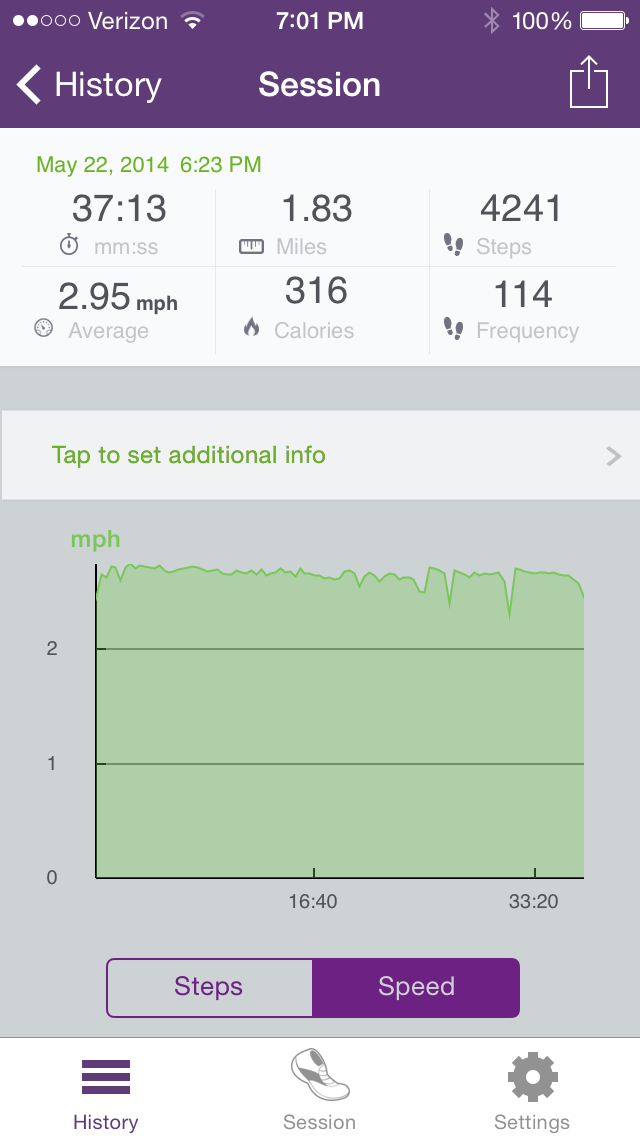 A smidge further than yesterday, and :44 off the time.  That's not too shabby, if you ask me, considering how I feel today. :)  I also learned that walking in the evening will be way better for me whenever it is possible, because the trees offer some shaded areas along my path.

JD was right.  I was really glad I got out and did it anyway.  And a friend of mine who's done so well in her weight loss/strength journey so she knows what she's saying said that my body will learn the most from days like this.  It was definitely harder than the past two days, but it was really good.

Oh, and tied into this, at the doctor, I learned that I've lost 13 pounds since I was at my last Botox appointment in early February.  And that's without doing any exercise and being super stressed out during school and all that.  I know it's not much, but it was a pretty cool surprise.

And totally unrelated to the exercise, when I told my doctor that I'm moving to NYC in August, he told me he could write me a referral to a pretty famous headache center in the Bronx at my last appointment right before I leave.  So if this vision surgery doesn't fix the headaches (there's a chance it could, we won't know until it happens), I will still be able to get care once I leave.  So yay for that.