In some ways, it seems like it happened yesterday.  We're still entangled in wars as a result of that day.  People still talk about it.  Osama bin Laden was just killed in May, and the wounds were ripped right back open for a lot of people.

And yet, it also seems like it was a lifetime ago.  Yes, I remember that day, but so much has happened both to me personally and to us all as a country in the past ten years that I don't exactly remember what it was like to be a 9-year-old.

What I do remember is watching the news in shock of what was happening.  Crying in sympathy as I watched families mourn the loss of their loved ones.  Crying in joy as I listened to the stories of survivors, and of people who should have been in the Twin Towers when they were hit but for various reasons weren't.

Those memories still resonate with me today.  And the word that is at the forefront of my mind as I think back on that tragic September morning and the years that have passed since is heroes.

My heroes are the 411 emergency responders who lost their lives by climbing up into the burning Towers just for the chance of saving the innocent people trapped.  They gave up everything for people they didn't know, simply because they knew they were needed, and it was their duty.

My heroes are the men and women, both passengers and flight attendants, on United Airlines Flight 93 who fought back when they knew their lives were in the hands of evil.  They saved the lives of who knows how many other people by doing everything they could to make sure the hijackers didn't make it to their planned destination.

My heroes are the Federal Airline workers, like operator Lisa Jefferson, who tried to help the hijacked planes, prayed with passengers who called, and delivered messages to the families of the victims, among many other things.  Their calmness may have given a little bit of peace to the victims as they faced unimaginable harm.  They never quit, even as they listened to the planes crash and people die.

My heroes are the thousands of men and women in our military who have fought overseas in the past ten years to defend America against those who seek to destroy us.  They go into battle knowing they might not come out because they love this amazing country.  I am in awe of their selflessness and strength.

As much complaining as each of us may do about the actions of our government, I think on this anniversary, we all realize that we really do live in the best country in the world, a country full of strong, resilient, and brave people.  I wouldn't want to be from anywhere else. 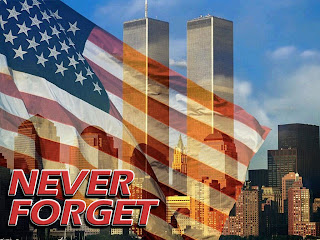 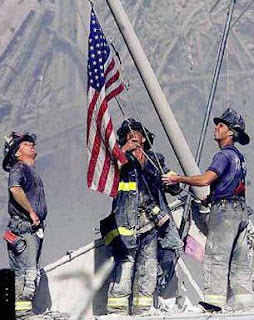