Well, the CT was awful. First they did several injections, first of lidocaine which did not work very well and then the iodine contrast injections. Then they twisted my arm in a way that an arm does not normally turn, so that hurt muscles all the way up my upper arm. And then they weighed my hand down with a sandbag to keep it all still.  And they actually did X-rays and a CT scan, so it took an hour and a half. Ninety minutes of feeling like someone was punching me in the arm, twisting my already injured joint, and having to bear through it. My jaw was clenched for most of it.

The good news is that  I have an appointment for 5:00 tomorrow to get the results. Hopefully answers and a plan of healing will be coming.

Anyway, I went to get lunch after that and got a burger and fries at a pub, and then googled a place to get dessert. My period has got my sweet tooth out of control this week. I found this French cafe that was about six blocks from where I was, on the other side of where I had to go for class.  Totally worth the walk. 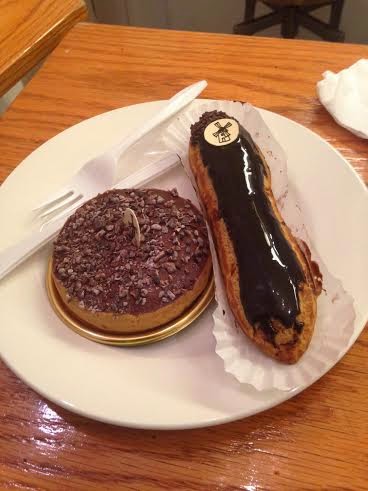 I got a chocolate tart and chocolate eclair and it was worth every penny. Crazy good. The only downside was that by the time I got there, my legs were locking up on me pretty bad, and I had to walk four blocks to get to class. I made it, though. Barely.

God bless my professor. She sent me home halfway through class because she said I looked like hell. And between the even worse arm and shoulder pain from going through the scans this morning, and then the extra walking, and the heat, I felt like hell, too. I almost called a cab, but decided I needed to save the money and get the walking in if it was at all possible.

So I dragged myself home. Thankfully, I was so overheated by the time I got to my block that I didn't know how I was going to make it up the stairs, and the waiter I know at the cafe next door served me several glasses of ice water so I could cool down. I was absolutely drenched with sweat, which is hilarious because the high today was 10 degrees lower than it's been for the past week.

And then I made it. I got up here, took off my socks and shoes and laid directly in front of my air conditioning unit and fell asleep.

I got up in time to follow along live for the boys' soccer game. 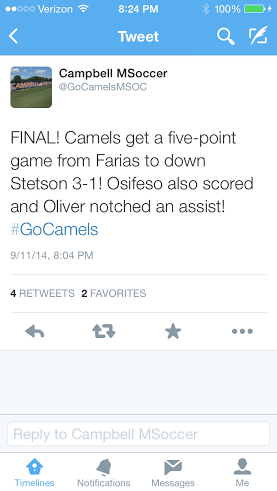 Hands down, the best part of my day, possibly my week, was this. 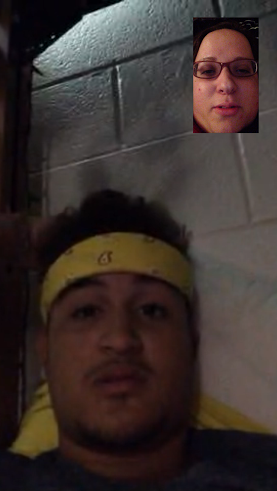 I finally got to FaceTime with my brother and favorite hippie. Aka Austin. :) He is the best. Like seriously, we can talk about serious, deep stuff or absolutely nothing, it doesn't matter, every conversation leaves me grinning. He just has that effect on me. I'm so glad I know him.

I've been too mentally drained and in pain to do anything else the rest of the night except complete crossword puzzles on my phone and watch Criminal Minds. I'm going to get a good night's rest, though, because tomorrow I am going to have to buckle down and read a lot. Ah, school.