Epic fail numero uno: My Halloween costume being sent through the US Postal Service? STILL. NOT. HERE. Let's recap things, shall we?

Monday 9/15: Day it was supposed to get here. When it still wasn't by the time I knew post offices quit delivering, I checked the tracking online. It said they attempted to deliver at about 4:00 (and the kicker is I was upstairs) and left a notice. They did NOT leave a notice, but I figured there just wasn't space in the box because Holly's costume was there (and she ordered hers two days after me, go figure). I called the customer service people and she told me to call the post office carrier and see what is up...and then gave me the wrong phone number.  I filled out a redelivery request for the next day, got a confirmation number sent to my email and everything.

Tuesday 9/16: Redelivery day #1. What's in my box? THE NOTICE THEY WERE SUPPOSED TO LEAVE ON MONDAY. Like, it had Monday's date on it. No package. So I go upstairs, look at the notice, and the only phone number is the general 1-800 number for all of USPS, so I call and finally get through to that customer service. They have no info of a second delivery, so all they can tell me is to do another redelivery request, which I have the customer service person do for me. I tell her to put that if it doesn't fit in the box, to leave it on the floor underneath my mailbox. There's a main locked door, then the mailboxes, then another locked door before you can get up to the apartments, so I figured who in my building would want to steal a size 3X halloween costume? (Why would ANYONE want to steal a size 3X halloween costume?) I also give her the confirmation number from the first redelivery request, so she knows that I really did try already. I get another email with a new confirmation number of a redelivery request stating that it will be delivered today.

Wednesday 9/17: Redelivery day #2. No package. No notice. I call customer service AGAIN, admittedly this time more than a little irritated because this package with tax and everything cost me more than $50. They have no record of any delivery attempt being made after either redelivery request. Luckily this woman was very nice and apologetic, and instead of just filling out another redelivery request, she filed a complaint because she said two redelivery requests with not so much as a notice left is ridiculous.  She also gave me the name of the manager of the carrier and two CORRECT phone numbers to call tomorrow. Because seriously, this is ridiculous. I get having to make one redelivery since the mailbox was packed, but three? When my box has been basically empty the past two days? And nobody has any clue where my package is? Yeah, that's an epic fail.

Epic fail numero dos: Remember that deli I talk about all the time? The one we found just around the corner the day we first got here (which I cannot believe was almost six weeks ago, but that's another story)? Yeah, well, I got on my online banking tonight to check my balance just for curiosity's sake, and as I scrolled down to look at all of what was still processing and any charges Mom may have made on my account, I see a charge for 99 dollars. NINETY-NINE DOLLARS. At a deli? Not a snowball's chance in you-know-where. So I march straight over to the deli, and since the guys there know and love me, one of them straight up went and pulled out the receipts from Monday after noon, since I knew it would have to be after then since I had class Monday morning. They don't even have a receipt for 99 dollars. So it's not like they're trying to rip me off. Because what I initially thought was I had a charge for 9 dollars because I'm pretty sure I spent 9 dollars there on Monday, but no, that transaction is also in my bank activity, separate from this one, so I thought maybe whoever was there mistyped 99 instead of 9.  So now I have to call the bank in the morning to figure out what the heck that is about, and since I couldn't get a specific time off my banking app, will probably have to go back to the deli to check their receipts from whatever time this specific action went down.  If it were something small, I probably honestly wouldn't worry about it, but I mean, that's basically $100, and I don't have $100 to spare!

So two epic fails. USPS and Bank of America, 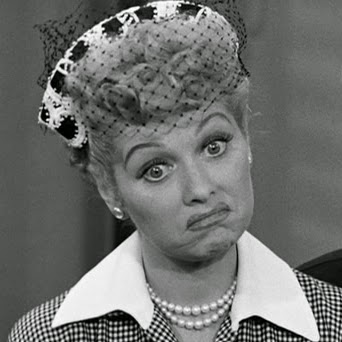 YOU GOT SOME SPLAININ TO DO!