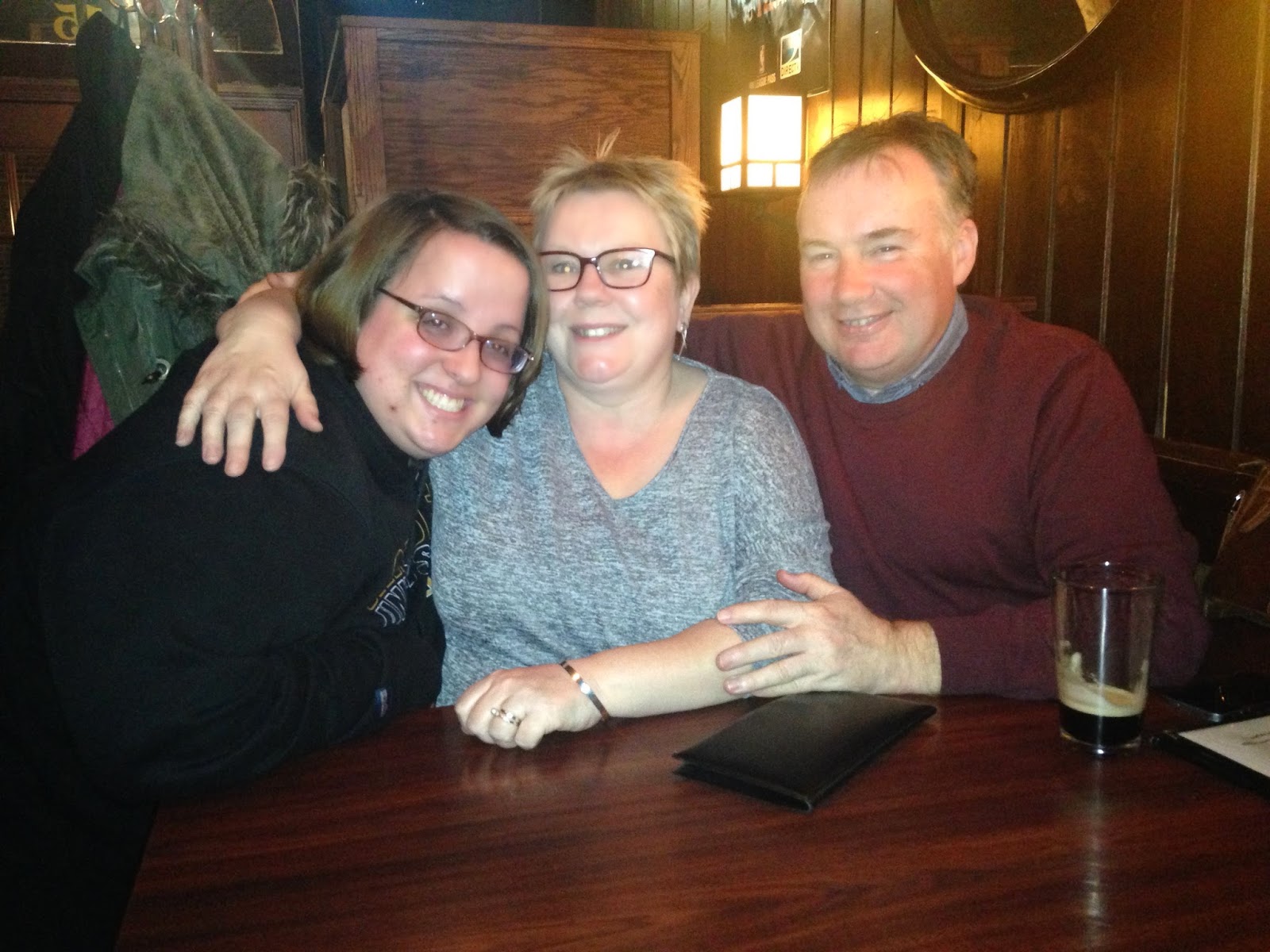 Because sometimes my British parents (Paddy's parents) pick New York City for their first visit to America and they make a crazy itinerary fit in with my schedule and I get to see them and hug them for the first time in almost seven years. And they're still my Mum and Dad and I'm still their American daughter.

Because my time with them ended right before stuff at the dance studio started, and I had told the staff that I would come back tonight if it were at all possible.

Because I got to dance again (for FREE) and confirm that dancing really is something that makes me feel my soul come alive.

Because the staff there already feels like family. When I only met them last week. (I told Mike that the DWM Soho staff were some of the nicest people I've met in New York and he replied, "That's because none of us are from here." Ha!)

Because I made it through the whole event (group class + party) before I had a seizure. Literally, people were packing up and leaving. Talk about frustrating.

Because when I started crying from embarrassment, people hugged me and told me I had nothing to be embarrassed about or feel bad about, that they were still glad I was there. And they didn't tell me I shouldn't come back, just maybe that I shouldn't push myself so hard. (Which I knew that. The group class plus the party was more than an hour and a half of dancing, but the lesson yesterday was only about 35 minutes, and I had no problems in the group class which was about 45 minutes, so just that might be fine time-wise.)

Because out of 8.5 million people in New York City, and 1.8 million in Manhattan, I got the exact same two EMTs as last week. What are the odds?

Because when I was feeling really down and upset and frustrated, I called Clayton, and an hour of talking things out with my best friend helped me calm down. That's one of the many reasons I know he's my best friend - talking to him helps me calm down when I feel like everything is out of control.

Because wrestling with questions is okay, even if sometimes I don't feel like it is.