With every broken bone, I swear I lived.

I woke up today mixed with emotions. Part of me wished I was still on the retreat, but the other part of me was SO excited to go back and see this guy. 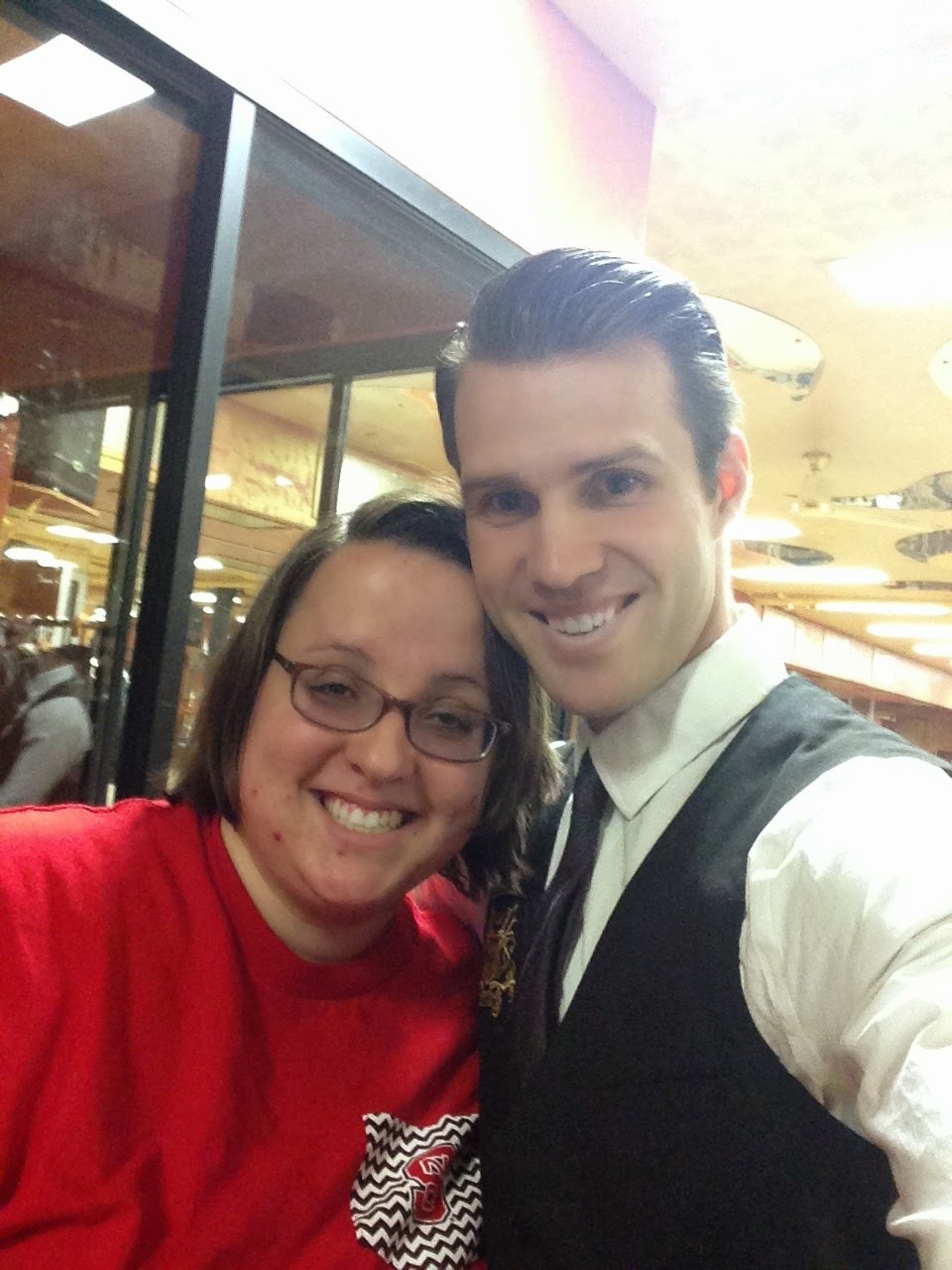 The second I walked back in the Dance With Me SoHo studio, people were greeting me and giving me hugs. They remembered me (hopefully for more than just my seizure). They asked me how I was doing and told me they were so happy to have me back. It felt so warm and welcoming that even though I'd been shaking a bit walking in just from excitement and nerves, I was immediately put at ease.

Kosta, the manager, who is, like, a giant, came out and greeted me while Mike was doing something, and then we got to work. We covered the basics of the rumba, salsa, and the waltz in 30 minutes and it was so much fun. I can't say that enough. Maybe it's just because music has always been in my blood, but my whole body felt happy every second of it. I didn't want it to end. And unfortunately, because private lessons are so expensive, it'll be a while before I get to do this again until I get a higher paying job. They do have group lessons and parties, though, which are way cheaper, and I actually also get one of each of those free, so I will definitely still at least be attending some of those. I've got the dancing bug now! :)

And as it turns out, despite my utter lack of coordination, I'm actually pretty good at it! Mike said I was doing a lot of things correctly and that I was a really fast learner. The only thing I really messed up on was the salsa spins. He also told me that unlike a lot of the beginners he sees and teaches, I was really good about keeping eye contact with him and not spending the whole time staring at my feet working on getting everything right. It took a lot of willpower not to respond "Well, have you SEEN you? You're pretty easy to want to look at." I mean, come on. ;)

While we were working, we got to talk a good deal, so I told him that I've been in music, playing and singing, since I was 9, so I had the advantage of knowing rhythm and counting. I also told him about how when I was 9 I told Mom I wanted to be a dancer and so today was really fulfilling a longtime dream of mine.

One thing that really stood out to me, though, is that we were talking about my disabilities while he was showing me a step, and he said something about getting out and doing this is me overcoming my disabilities. He said he thought it was awesome that I still wanted to try this despite how my body can mess up on me so much. So I told him that that is something that I hear a lot from people, how amazing they think it that I don't let my physical problems get in the way of me getting out and at least trying to do things, but that if I never tried anything that seemed like it might hurt or be too hard I would be pretty sad and very, very bored. That cracked him up.

But it's true. As cliché as the saying is, I want to do whatever I can while I'm alive. I don't want to look back and wish I'd taken an opportunity that was in front of me. And like I said, this has been a dream for 13 years now, one that I long ago gave up hope on. I know I would've regretted not exploring this. I never want my body or my disabilities or my health issues to define who I am or hold me back in fear. I want to take full advantage of everything I have in this life.

The title is from OneRepublic's "I Lived". Check out the lyrics. It says everything I mean and am trying to say.

"It's your choice, Ace. People can live a hundred years without really living for a minute. You climb up here with me, it's one less minute you haven't lived." ~ Gilmore Girls

I swear, I really lived today.