Also the name of my friend at Spiegel. The French bartender who lately has become one of my angels. Making me laugh on my bad days. Teasing me right back every time I tease him. Challenging me by making me practice my French (!!). And lately, also taking care of me during seizures and being a calming presence, my rock, even when I don't what's going on and other people around us are freaking out.

I adore him. I absolutely adore him. Especially on days like today when I have two seizures in his presence, one with him being the only person there, and he's just held me so I was safe and steadied me until I could get to my bed. And never wanted so much as a thank you for it.

But that got me thinking. About all the people in the past two years, since my seizures came back, who have been there for me like that. Who have been my angels. Who have been Jesus with skin on. Who have reminded me of Emmanuel, that God is with me always, to the very end of the age.

My Reformation brothers (most obviously), and Dr. J.

Classmates, ones I didn't even know and ones I never expected to care.

Strangers in the subway station.

The folks at the Apple Store.

Joey, one of the regulars at Spiegel I've gotten to know.

Christy, Rachel, Jenny, Janelle, all the nurses who happen to be in the City Grace congregation.

My neighbors. Tommy. Vito. Justin. And others.

These people have, in some situations, literally saved my life. They have shown me Jesus. And the funny thing is, several of them are atheists. God really can use anyone, even the ones who don't believe, to show Himself and make His presence known.

And I guess that's why we call Him Emmanuel. 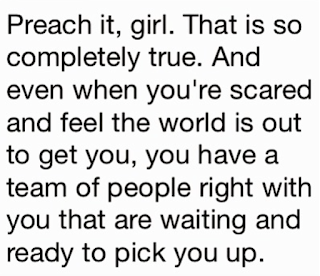