And I am not throwing away my shot!

Hamilton. If you haven't listened to the music from this musical, YOU NEED TO. IMMEDIATELY.

I'd heard about this phenomenon off and on, but never really paid much attention to all the buzz, because I knew there was no way I could get tickets (and that was before I realized they're sold out through, like, next November, unless you want to sell everything you own and buy them resale) (I just looked it up, the worst seats in the house go for like $1500 each resale) (not kidding). But then BooMama posted a video of the cast performing at the White House, and it was hook line and sinker I'm in love.

I have a YouTube playlist that is the entire album in order because I'm too broke to order the album outright right now, though I'm hoping someone will give me $20 or an iTunes gift card so I can get it because I would love nothing more to not be reliant on Wifi to listen to this.

It is seriously the best Broadway musical I've ever heard, and that's just from the cast album. I can't imagine how in love I would be if I could see it in person.

So you can fall in love with it, too, here are some of the first ones I listened, too, that pulled me into the Hamilton frenzy.

Hamilton is up for a record 16 Tony nominations. I'd say they'd win them all if a few of them weren't cast members competing against each other for the same category. I've never even watched the Tonys before. I will be this year, for sure. 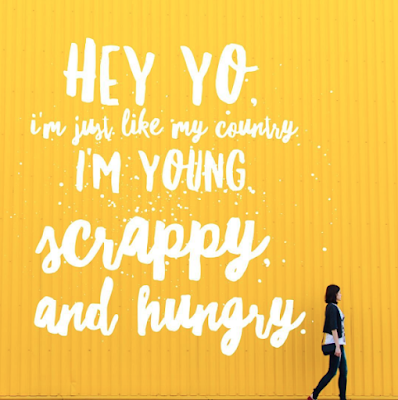